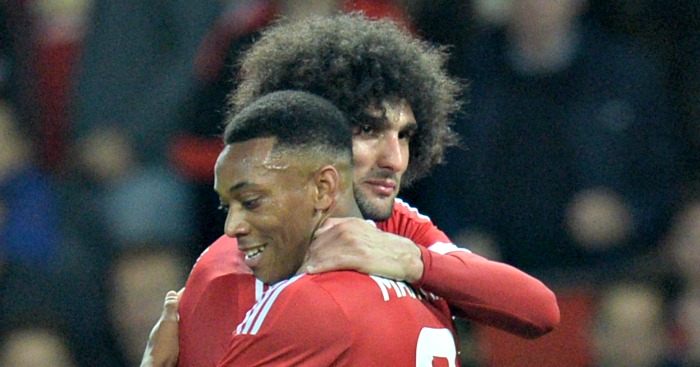 The news none of us wanted to wake up to.

Manchester United midfielder Marouane Fellaini has made the headlines the past week as his contract at Old Trafford expires on June 30th.

Fellaini is with Belgium at the 2018 World Cup and they face England in the last group stage fixture, with both nations guaranteed a place in the knockout stages. He was asked about his future during the pre-match press conference on Tuesday.

He admitted that he knows where he will play next season and a decision on his future will be announced this weekend.

Today’s copy of HLN has been translated by Sport Witness, suggesting that Fellaini will now commit his future to United.

They go on to say he has set his sights on winning the Premier League with United.

Just when we thought we were rid of the giant running microphone, this alleged new deal is supposedly going to run until 2020.

So, more Fellaini next season if what they say is true. We can’t say we’re happy about that.