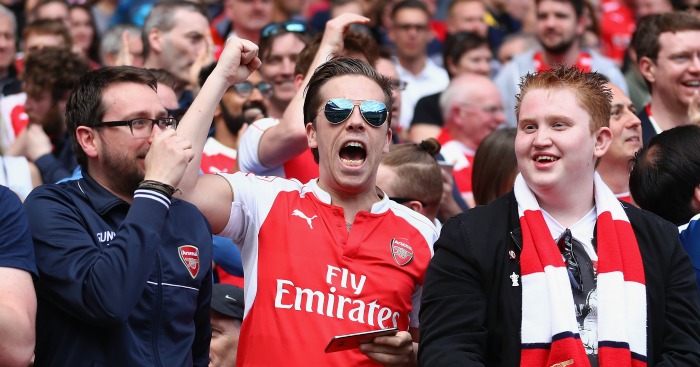 The news that Marouane Fellaini is to pen a new contract with Manchester United has unsurprisingly gone down well with Arsenal supporters.

With new manager Unai Emery looking to strengthen the Gunners midfield ahead of next season, it was reported last month that the club considering a move for Fellaini.

Fellaini has also been linked with moves to AC Milan and Paris Saint-Germain, along with proposed offers from China, but he stated on Tuesday that he would reveal his plans for the future in the coming days.

He said, as per football.london: “I know where I’m going to play next year and that does not affect my performance at World Cup.

“The contract has been signed and I’m going to announce it within a few days.”

And, according to HLN in Belgium, the contract is believed to be at United with the saga making a dramatic U-turn.

While United fans are gutted by the news, a number of Gunners have expressed their relief on Twitter.

Man United have actually been held to ransom by Fellaini loooool

Woke up to some good news fellaini is signing a 2 year contract in Manchester… Honestly i didn’t want him at arsenal, am so happy