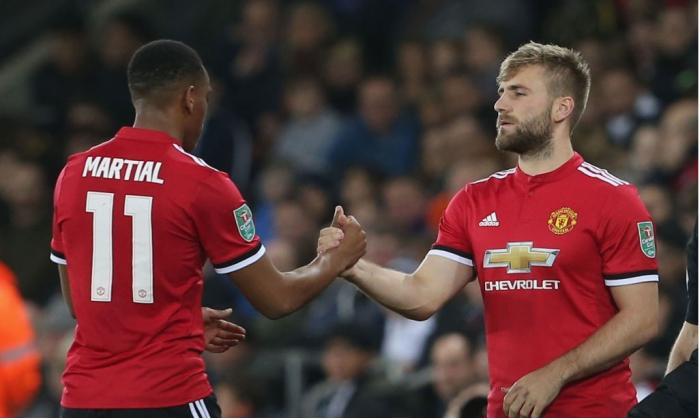 Manchester United are reportedly ready to end their transfer pursuit of a new left-back and offer a new contract to Luke Shaw this summer.

In a surprise turn of events, the Manchester Evening News claims the Reds look prepared to give Shaw another lifeline to prove himself at Old Trafford, though his camp are apparently unsure about accepting a new deal.

That is down to the England international’s entourage being of the view a new left-back signing was very much on United’s agenda this summer, with Alex Sandro and Danny Rose frequently mentioned in the media.

But, Shaw was not a regular for Jose Mourinho’s side last season and he already has enough work cut out for him to get back in the frame by bettering Ashley Young — for club and country.

Shaw’s attitude, form, and discipline has not only seen him dropped out of the United frame. Gareth Southgate didn’t even consider bringing him to the World Cup this summer and that would have hurt Shaw.

The 22-year-old knows, if granted the opportunity at United again, he’s not going to be sspoon-fedby manager Jose Mourinho.

It’s time he takes his own responsibility and works on his football.

The MEN state that Young continues to be seen as first choice at left-back.