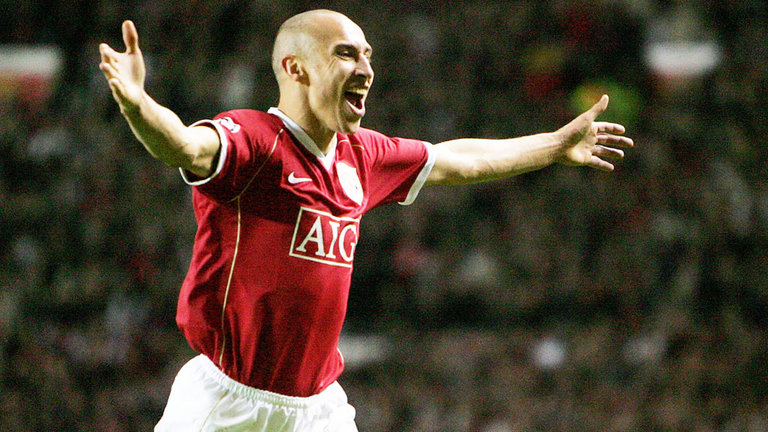 Henrik Larsson joined Manchester United on loan for just two and a half months during 2007.

During that time, the former Sweden international scored three goals and quickly became a hit with the fans.

As far as I’m concerned, I’ve not seen many centre-forwards quite as intelligent on the pitch as Larsson. It was incredible to see him in action with one of those goals coming against Aston Villa.

Though I was young, I remember it well.

His other goals came against Watford and Lille.

But, why didn’t we get to see more of Larsson in a United shirt?

He had promised he would return to Sweden with Helsingborg and refused to go back on his word, with his family waiting back home for him to return.

While he revealed the same thing in an interview with FourFourTwo in February of last year, it shows by repeating himself again that he really wishes he’d stayed on longer.

“That’s the only regret in my career that I didn’t stay on,” he told ITV Sport’s World Cup podcast, as per The Express.

“Not for the money, just by belonging to that great club.

“Manchester United was fantastic – the way they took care of me and the family. At the time the family lived in Sweden, they traveled back and forth.

“I remember I had to go to a christening of my brother’s eldest son. They arranged a fantastic trip for me to be able to go there so it was a great club to be a part of even though it was a short time.

“As I said, [it was] the only regret but I promised my son and my wife, and my daughter was so young so she didn’t really care that we should go home after Barcelona and we did for a short spell and then this came up and I couldn’t say no because I knew it was a fantastic experience for me to go there and play among the players.”

He made his name at Celtic over a seven-year period before earning a sensational move to Barcelona.