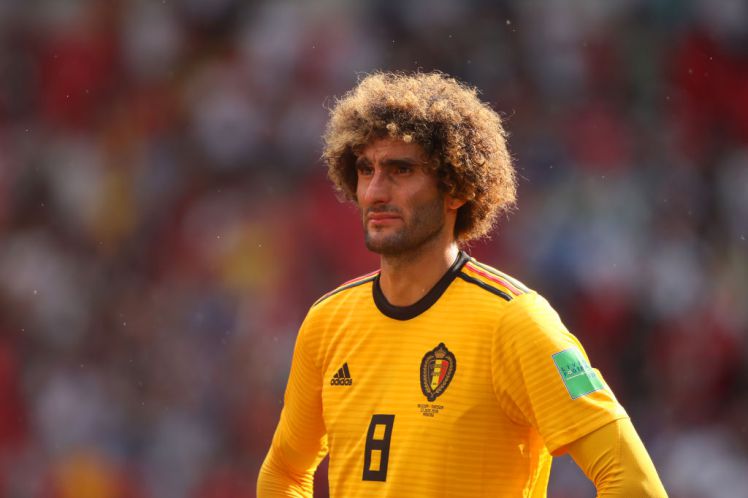 Manchester United midfielder Marouane Fellaini has made a decision over his future and will reveal all on July 1.

The Belgian, who signed for United for £27.5 million on transfer deadline day in September 2013, will become a free agent when his contract expires at the end of the week.

Manager Jose Mourinho is understood to be keen to keep hold of the midfielder while a number of clubs across Europe are reported to be interested in signing him.

Until now the player has refused to reveal his plans but he has confirmed that he will make an announcement on his future this Sunday.

“I know where I’m going to play next year and that does not affect my performance at World Cup,” Fellaini told reporters in Russia, as per Sky Sports.

“The contract has been signed and I’m going to announce it within a few days.”

Speculation over his future has done the rounds for some time but the 30-year-old has done his utmost to make it a tiresome saga. For some reason, this appears to be a method used by footballers of late to draw attention their way.

Unfortunately, Fellaini is not Antoine Griezmann.

Next up for Belgium, England, a side that needs to prove themselves against one of the bigger nations. Belgium may be without their main attacking threat, too.