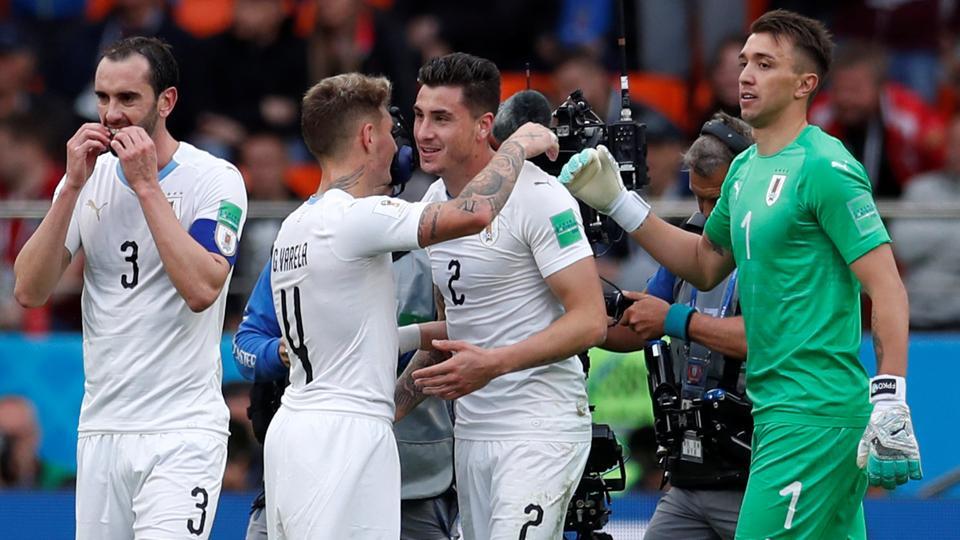 Manchester United could reportedly agree on a deal with Atletico Madrid for Uruguayan defender Diego Godin, according to AS.

According to AS there’s a clause in the contract of Godin that could see him go for as little as £18m in the last year of his contract, which is now although they also admit that the player and club are in continuing negotiations. Juventus and United are ‘leading the race’ say AS

The 32-year-old has 12 months remaining on his contract and Manchester Evening News say he has a clause in his deal that allows him to leave the Wanda Metropolitano for just £18 million.

It goes without saying that amount of money — in the current market — for a player of Godin’s quality is an absolute steal.

United have been linked with a vast number of centre-backs this summer — Tottenham’s Toby Alderweireld, Barcelona’s Samuel Umtit, Real Madrid’s Raphael Varane — as he looks to strengthen his defence ahead of the 2017/18 season.

Manager Jose Mourinho could also lose Daley Blind and Marcos Rojo this summer, and we can’t afford to go into the new season lacking in numbers and more importantly quality in defence.

Both of the United defenders in question have reached the final year of their contracts, so it’s the best time to cash in on them.

Victor Lindelof will be hoping to make a better impression in his second season if not sent on loan, but, when a centre-back such as Godin becomes available, you must jump on and make it an objective to sign him up.

The Uruguayan has been the best centre-back during the group stages of the World Cup.

One response to “Bargain: Man Utd can sign best centre-back at World Cup for £18m”