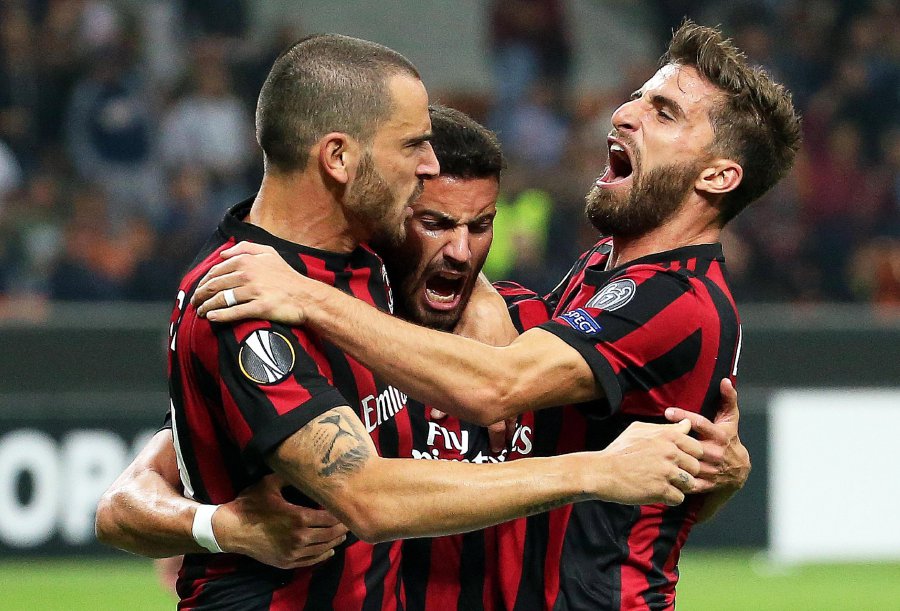 According to Yahoo Sport, AC Milan are on the verge of being expelled from European club competition for breaching UEFA Financial Fair Play regulations. It is to be expected that the Serie A giants will be excluded from the 2018-19 Europa League by the Adjudicatory Chamber of UEFA’s Club Financial Control Body later this week.

This will raise doubts over Milan’s ownership, the futures of high-profile players and club captain Leonardo Bonucci. The Italy international has previously been linked with a move to Manchester United as a target to strengthen Jose Mourinho’s defence, as per the Manchester Evening News.

This is not a situation you want to see another huge European club struggle with, so United should throw AC Milan a lifeline and offer a fair amount of money to sign Bonucci.

Of course, Bonucci was linked with a move to the Premier League last summer, when Manchester City manager Pep Guardiola identified the former Juventus defender as a prime target, as cited by the MEN in a year old report.

He might enjoy living in his homeland where’s he is seen as a legend, but Bonucci is one of the players AC Milan know they can make some money back from.

Meanwhile, Marouane Fellaini will be available on a free transfer by the end of the week. That’s a signing worth making to excite fans. Right, David Moyes?