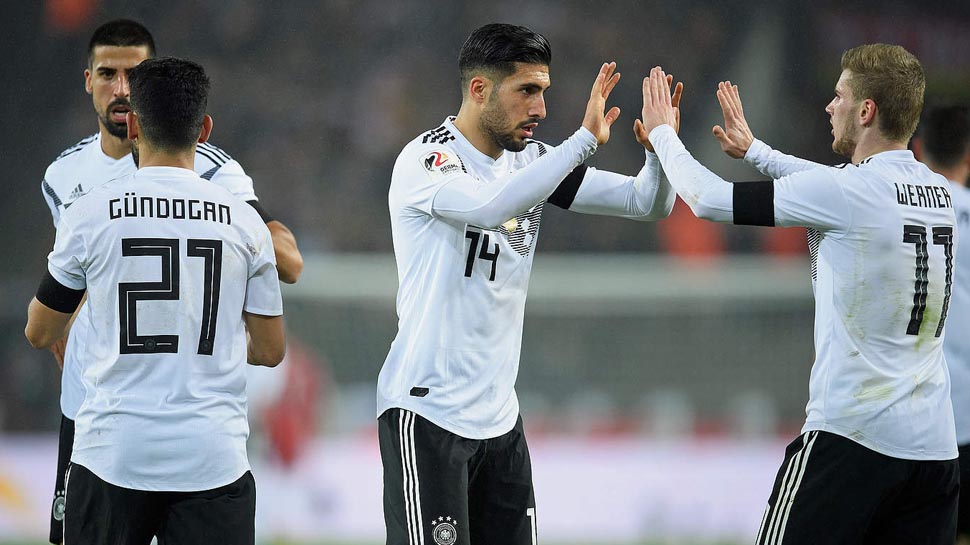 Manchester United fans have been impressed with Timo Werner’s performances for Germany at the World Cup, hinting that they would like to sign him this summer.

The 22-year-old striker has started both of Germany’s games in the group stages so far.

Currently playing for Bundesliga outfit RB Leipzig, Werner is yet to score at the World Cup but has been one of his team’s main attacking threats, both on the left and through the middle.

The last thing United need this summer is another attacking for the left flank, but some extra competition for Romelu Lukaku would offer more depth to the squad.

Werner netted 21 times across all competitions for his club last season and has emerged as one of the best talents in Germany.

#MUFC forget about Dybala or Griezmann, Man Utd should break the bank for T.Werner. He has great potential this lad and will surely bring a lot to our attack if he teams up with Lukaku.

Timo Werner is a Manchester United material, a very flexible player who can play as a Central Striker,Trequartista Right winger and left winger,he also has bundles of energy in him and he reminds me of Wayne Rooney

Can United please sign Timo Werner? He is AWESOME.

Werner a promising player. Why United didn’t buy him and gamble on Draxler I do not know. Lots of potential. #Germany #worldcup

Timo Werner will be some player in a couple of years. I wish #mufc could buy him.