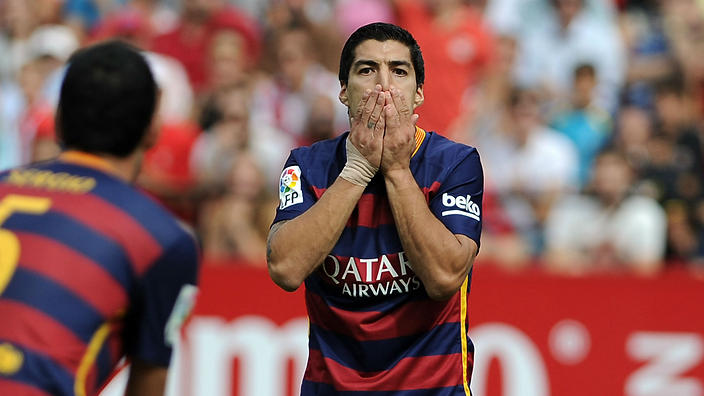 Manchester United are reportedly worrying Barcelona striker Luis Suarez with their interest in sealing the transfer of Ivan Rakitic.

According to Don Balon, Suarez has become aware of Rakitic possibly leaving Barcelona as he’s tempted by likely being a more important player at United.

With Michael Carrick retiring and Marouane Fellaini’s contract expiring at the end of the week, Jose Mourinho could do with another central midfielder, even with Fred already being bought from Shakhtar Donetsk.

Rakitic, however, would be an incredible signing given his winning experience which will rub off on our younger players. He’s been one of the club’s most important players in recent times and a potential exit would understandably worry fellow key players.

Hearing that Suarez is concerned about the situation has put a smile on my face — even if Rakitic doesn’t end up a United player this summer.

Toni Kroos is another exciting name to be linked with, although Real Madrid are hardly foolish enough to sell the best central midfielder in the world.