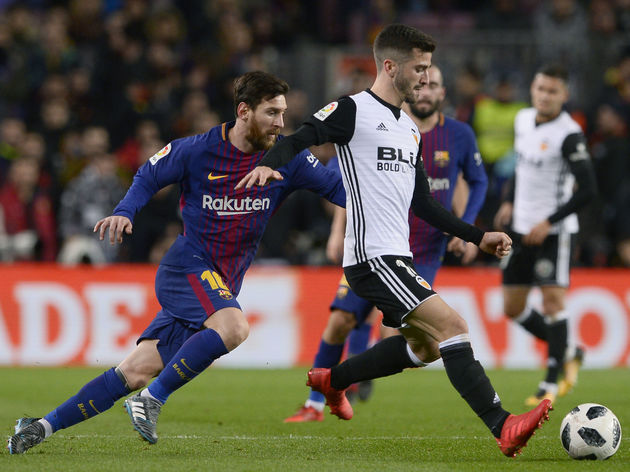 It has been reported that Jose Mourinho is no longer looking for a left-back and wants to prioritise other areas of the team that are in need of straightening.

From our understanding at Stretty News, Manchester United are looking to make at least three more signings this summer. That should consist of a centre-back, another central midfielder and a right-sided winger.

If Mourinho gets his way and has more money in the transfer kitty, the club may look to signing a backup striker to compete with Romelu Lukaku and a new left-back which should save us all from another season of makeshift full-backs and other faults that will make taking the Premier League title back from rivals Manchester City.

According to talkSPORT, United are targeting Valencia left-back Jose Gaya as a cheaper alternative to long-term target Alex Sandro. It is thought that the Juventus man is too expensive, although we don’t buy that for a club of United’s wealth.

Gaya, 23, is being touted at £30 million, as per The Mirror, and that’s apparently more in United’s region to spend on a left-back this summer.

Moreover, that is almost half the price they would have to pay for Sandro.

Since making his debut for Valencia in 2012, Gaya has been the mainstay at the back for the La Liga outfit.

Ashley Young is now 32-years-old and I really don’t feel United can go into the new campaign thinking he will be able to play throughout it all. Unless Mourinho has a plan to get Luke Shaw back in the frame…