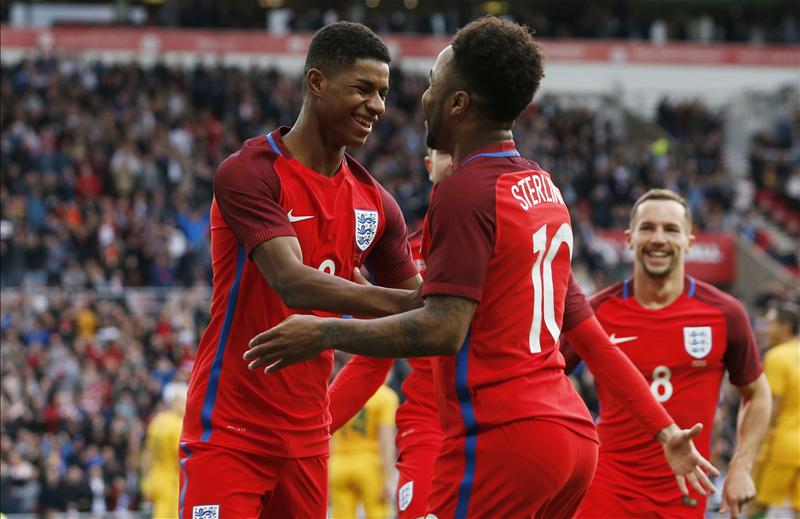 Despite a week of leaks in the press about England team selections, Marcus Rashford does not start for England against Panama.

The Manchester United forward was supposed to start ahead of Raheem Sterling, who put in a desperate performance against Tunisia in England’s opening game at the World Cup.

Sterling has had to put up with a lot of crap from the media of late and there is no sign of that stopping anytime soon.

A misplaced pass or scuffed shot today would send the anti-Sterling brigade into overdrive, but we’re not here to offer sympathy. I was actually looking forward to seeing Rashford in action today.

Hopefully, he gets a run as a substitute. Here’s how fans reacted on Twitter:

The press whoppers have basically wiped out any chance Marcus Rashford had of starting today’s game with their constant whinging & crying over the last few days .. they are happy to throw the shit about but don’t particularly like accepting it when it comes back at them from fans

Why is Sterling starting over Rashford?!!

Still no love for Rashford? Come on three lions.

How Young is ahead of Rashford is beyond me. Infuriating! Our best young starts of tomorrow should be playing! 😡

Personally would have gone for Rashford over Sterling but we should still enough to see off Panama. #ENG

A decent #ENG⁠ ⁠eleven. Sterling will have to step up or Rashford will no doubt take his place next game. Happy with the starters today. Come on England, ITS COMING HOMEEEEE🏴󠁧󠁢󠁥󠁮󠁧󠁿 #ThreeLions⁠ ⁠#PAN⁠⁠ #WorldCup⁠ ⁠