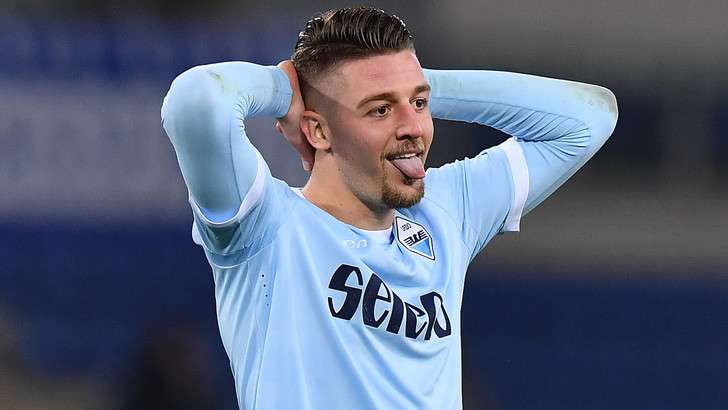 Manchester United have started scouting alternatives to Sergej Milinkovic-Savic, according to The Daily Star.

Milinkovic-Savic, who left Belgium side Genk for Lazio back in 2015, has been on United’s radar all summer. He joined the Serie A outfit back then for £16.2 million and has seen his market value rise significantly.

Since arriving in Italy, Milinkovic-Savic has played 122 games for Lazio, scoring 24 goals and recording 20 assists in that time which is an impressive return for a central midfielder.

The Serbia international, currently in Russia for the World Cup, has experience playing in the Europa League where he scored two and assisted three for Lazio in eight games last season.

It is believed that Lazio put a £87.5 million price tag on Milinkovic-Savic.

That, according to reports, is too much in United’s eyes to spend on the player and as a result, we’ve begun to look elsewhere for central midfielders, one of whom is said to be fellow Serie A star Lorenzo Pellegrini.

No relation to the former Manchester City boss, Manuel, Pellegrini is just 21-years-old age and has made a name for himself at AS Roma. He signed for the Italian giants last July from Sassuolo for a fee of around £9 million.

Pellegrini would go on to have an impressive debut campaign with Roma, playing 28 Serie A games whilst scoring three and assisting four during that time.

Roma also booked a place in next season’s Champions League, so if United are to try to sit down and negotiate a deal with Pellegrini’s entourage, they will be unable to use that as a pull factor.

Moreover, Roma went further than United in last season’s Champions League by reaching the semi-finals, when they were eliminated against Liverpool.

Whoever lands Milinkovic-Savic this summer will be getting a fine player, but after already spending over £50 million on Fred, it would be madness to meet Lazio’s demands for another central midfielder during the same transfer window when Mourinho knows he needs to bolster other departments in the side.