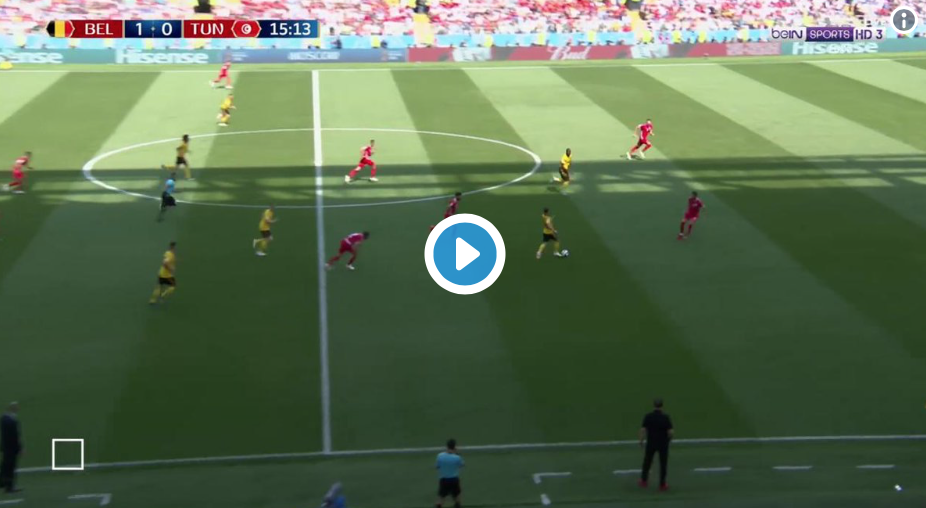 Romelu Lukaku finds himself on the scoresheet yet again for Belgium with his 32nd international goal.

The Manchester United striker doubled Belgium’s lead over Tunisia after Eden Hazard converted a penalty kick in the opening minutes.

Just moments after Lukaku’s goal, Tunisia pulled one back to keep their World Cup hopes alive. A defeat today will see them crash out of the tournament.

Lukaku scored a brace in Belgium’s World Cup opening match against Panama and still received criticism after the match, even from teammate Hazard.

Hopefully, Lukaku can keep scoring goals and bring his form into the new Premier League season.