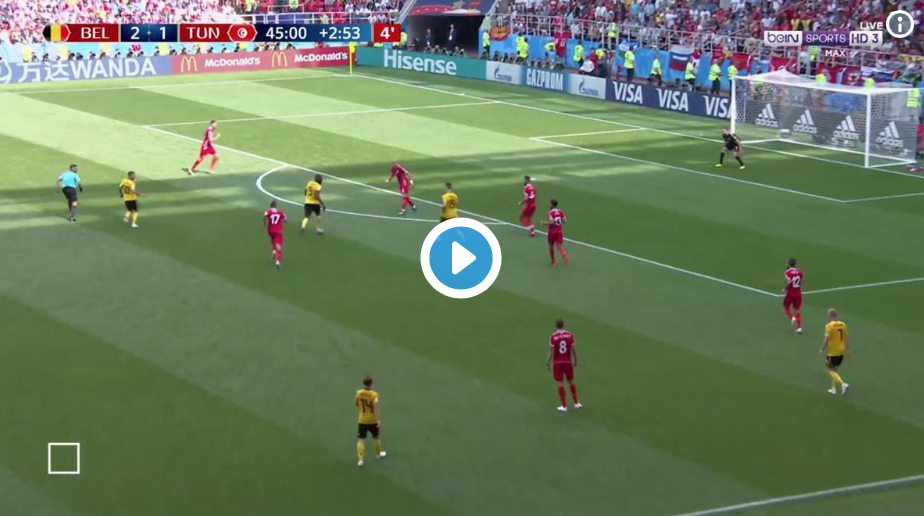 A marvelous finish has seen Romelu Lukaku score his second brace of the 2018 World Cup to make it 3-1 for Belgium against Tunisia right at the break.

Lukaku was criticised by his captain, Eden Hazard, for going hiding in Belgium’s World Cup opening match against Panama.

Still, the Manchester United striker scored a brace in their first match and has done the same again today before half-time. That’s four goals for the former Chelsea and Everton striker and we’ve no doubt in our minds someone will have something negative to say about him after the game.

Belgium have been able to split Tunisia’s defence time and time again with sheer fluidity shown by Kevin de Bryune and Hazard in behind the frontman.

If Belgium can keep Lukaku in this form, they have every chance of winning the World Cup but we’ll reserve judgement until they face stiffer opposition.