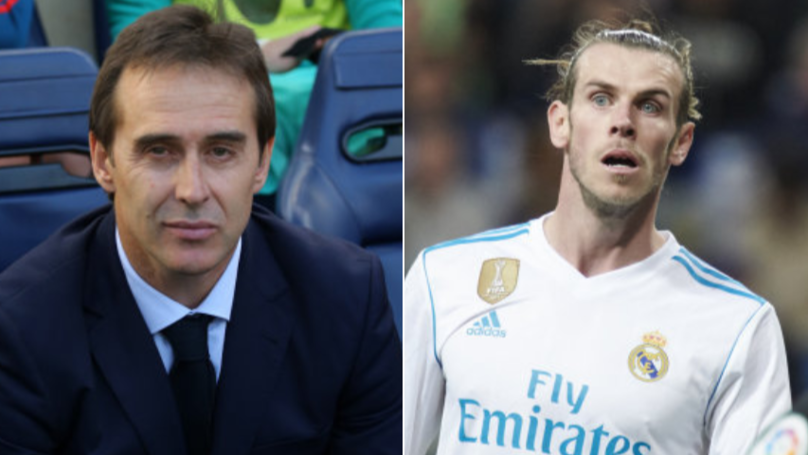 Gareth Bale has reportedly fired a transfer warning to new Real Madrid manager Julen Lopetegui amid rumours linking him with a move to Manchester United.

Don Balon have recently linked with Wales superstar with United and his former club Tottenham, though it’s The Reds that can realistically afford the player.

The latest from Don Balon is that Bale has spoken with Lopetegui about his demands in terms of playing time next season.

According to the Spanish outlet, his talks with the former Spain manager have not gone well and he’s warned the Lopetegui about the offers he has and that the coach has essentially decided to let him go.

Understandably, the 51-year-old Real Madrid boss does not want to be bullied by his players and their demands for game time. Cristiano Ronaldo is another whose future is in the air and that’s not helpful for a newly appointed manager.

United manager Jose Mourinho was met with the same problems last year, with Anthony Martial and Marcus Rashford both unhappy with game time following the January arrival of Alexis Sanchez.

But, these are situations managers find themselves in as it’s part of the job.

It will be interesting to see how this story develops.