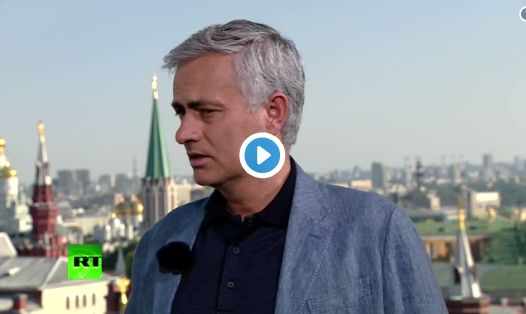 Manchester United manager Jose Mourinho has given a brutal verdict on the performance of Argentina goalkeeper Willy Caballero against Croatia.

” Caballero or myself in goal would be the same thing ” Mourinho is just a savage pic.twitter.com/Eu6v8QHo6p

Mourinho said he could have been in goal for Argentina and the result would have been the same, after Croatia beat the 2014 finalists 3-0.

The Chelsea goalkeeper, formerly of Manchester City, had a nightmare when a bizarre error led to Ante Rebic’s opener.

Argentina now face an uphill climb to qualify from their group and Mourinho gave his exact thoughts.

United goalkeeper backup Sergio Romero was sent home before the World Cup after picking up an injury. By the looks of it, they could have done with him.