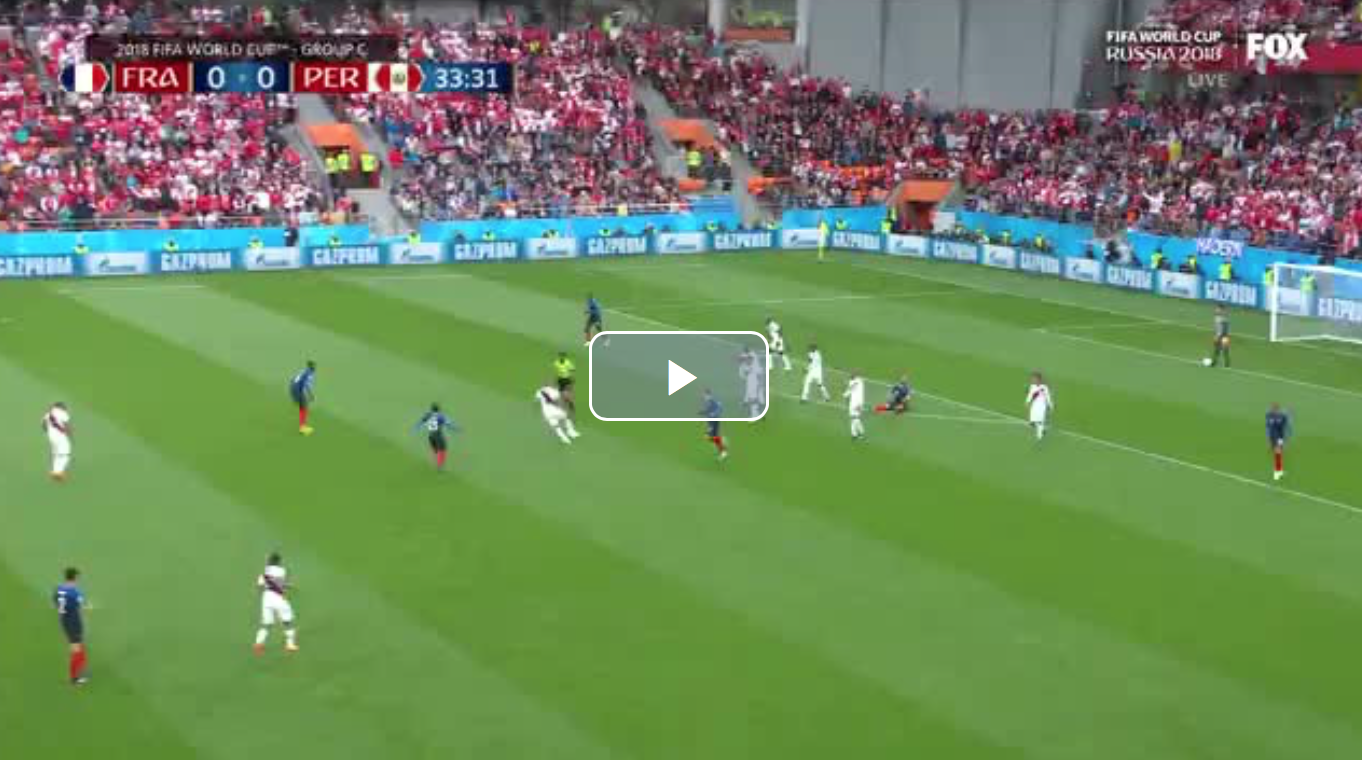 Paul Pogba showed his brilliance again on the world’s biggest stage as France took the lead over Peru at the World Cup.

Pogba picked up the man of the match award after France’s World Cup opening match against Australia. It was his effort that deflected into the back of the net, yet FIFA later listed as an own goal.

READ MORE: Man Utd and Wolves miss out as Juventus close in on talented defender

Hopefully, Pogba can continue to kick on in this tournament and show the world what he is capable of before returning to United and doing the same.