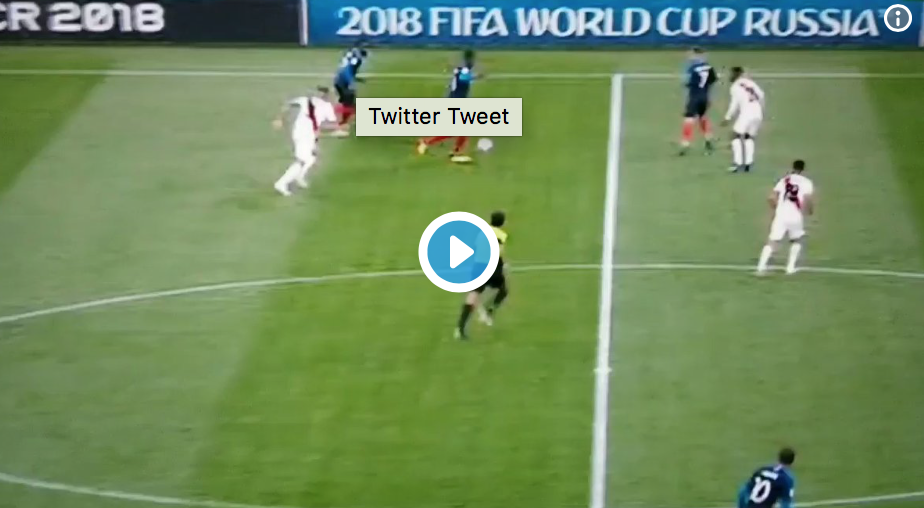 Paul Pogba is performing rather well again for France as Les Bleus lead Peru at half-time.

Paris Saint-Germain striker Kylian Mbappe became France’s youngest ever goalscorer at a World Cup after he broke the deadlock for his side.

Just as they did in their first game at the 2018 World Cup, Peru looked dangerous going forward as they made life difficult for Didier Deschamps’ men, but they were unable to find a crucial breakthrough before the interval.

Pogba deserves credit for his role in the build-up to the goal with his slick pass to Chelsea striker Olivier Giroud to create the opening, but France will be delighted to have taken the lead after seeing off Australia last time out to edge closer to advancing to the knockout stage of the World Cup without particularly impressing as a team thus far.

The Manchester United midfielder provided a great piece of skill in the first-half, which absolutely destroyed a member of the opposition, leaving him on his arse.