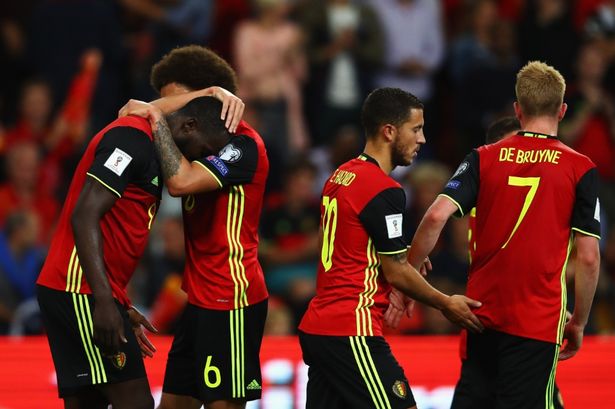 Chelsea talisman Eden Hazard has spoken out about his reported rift with Manchester United striker Romelu Lukaku in Belgium’s camp at the World Cup in Russia.

Belgium had a convincing start to the World Cup after beating Panama 3-0 thanks to a brace from Lukaku while Napoli forward Dries Mertens grabbed one. All of the goals came in the second half after a stale first half.

Despite winning comfortably, Hazard said afterwards that he was not happy with Lukaku’s contribution while asking for more from the 24-year-old. He has since played down rumours that there was a feud between the pair, which is the last thing Belgium need at this stage of the World Cup.

The Chelsea attack is of the view he was only acting like the captain and that he’s got nothing personal against Lukaku, maintaining that he has to be involved in the build-up of the goals and not just score them.

“As the captain, even if I am not the captain I can talk, on the pitch I try to give my best if I can help players to be better – I will,” Hazard told Sky Sports, as per The Metro. “I just told Romelu [Lukaku] if we want to win the game we need him, not just as a scorer to score goals, but we want him to be involved in the build-up.

“We just talked normally and we won the game in the end so it was fine.”

By the sounds of it, Hazard wants to be scoring all of the goals so that everyone looks back at Belgium’s 2018 World Cup campaign in a better light than his last, when the Chelsea star didn’t show up.

Lukaku scored a brace in their World Cup opener and there wasn’t another player he could have criticised? Hazard can’t help but come across as a stroppy child.