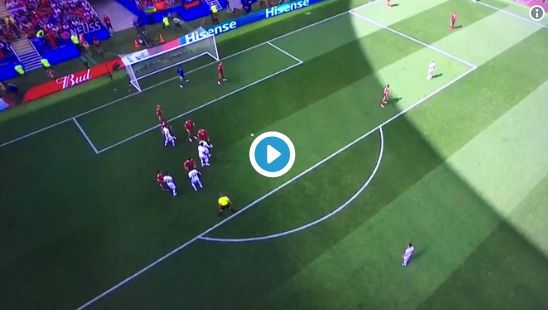 The Real Madrid star — still linked with a return to Manchester United — has made an incredible start to this summer’s tournament in Russia, scoring a hat-trick in his first game against Spain and already getting on the scoresheet this afternoon.

Ronaldo, 33, had another prolific season for Madrid and continues to represent his country at the highest level in what could be his final World Cup.

See above for the latest goal to add to his collection, breaking Ferenc Puskas’ 62-year-old record of 85 goals to become Europe’s all-time top international scorer.

Let us know in the comment section if you would take Ronaldo back at United this summer?