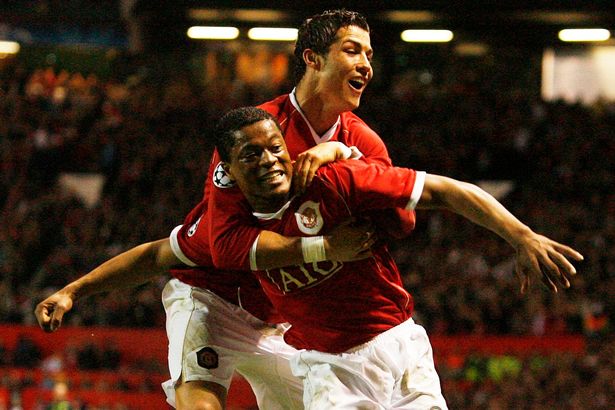 It doesn’t matter what anyone says. If Cristiano Ronaldo asked us for lunch, we wouldn’t need a second invite.

Patrice Evra has told fellow pundits on ITV’s 2018 World Cup podcast that if you are invited to Ronaldo’s house, you should say no, but nobody in the right state of mind is going to take that advice.

The former Manchester United left-back, who became great friends with Ronaldo at Old Trafford, told fellow guests on the podcast that he was left unsatisfied after the invite because the Portuguese star was more keen to train than to eat.

“He said, ‘Patrice, come over after training.’ I went. You know I was really tired, [and] at the table there was only salad and plain white chicken so I was like, okay – and water – not any juice,” Evra said. “And we started eating and I was thinking some big meat would be coming after that but there was nothing.”

“He just finished and he stood up and he started playing with a ball, doing some skills and he said, ‘Let’s do some two-touch’.”

Still, it wouldn’t bother us too much if Ronaldo left half a salad on the table. It’s his presence that we’d be there for us — and hopefully, some exclusive quotes to run on the blog.

But this is all interesting insight into the life of a footballer and how serious some take it. Ronaldo is a role model; doesn’t drink alcohol, eats well and always looks like the complete athlete.

Stories of him training alone for an extra hour at Carrington after United training are no longer a surprise. Ronaldo puts the work in and gets the rewards he thoroughly deserves.