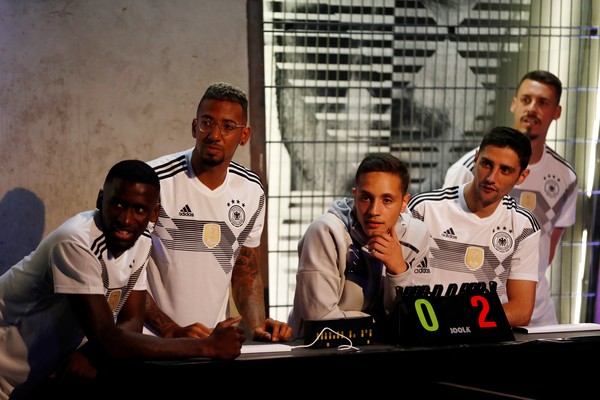 Manchester United can reportedly seal the transfer of Bayern Munich defender Jerome Boateng if they table a bid of around £52.7 million for him.

The Germany international is currently at the World Cup with his country as they look to recover from a bad start and retain the trophy they won in 2014, beating Argentina in the final when Lionel Messi was closer than ever to win his first international honour.

Last week saw Germany’s first loss in a World Cup opener since 1982 as Hirving Lozano became the Mexico hero as they beat the Germans 1-0 in a thrilling match at the Luzhniki Stadium in Moscow.

However, Boateng has long been regarded as one of the best defensive players in Europe and has also won a host of major honours during his time at Bayern Munich, including six consecutive Bundesliga titles and the Champions League.

It now seems he wants out of the club as Bild claim Bayern have been made aware of the player’s desire to move abroad again.

Boateng’s move from Manchester City to Bayern after a disappointing spell in England. The centre-back was even pushed to right-back whilst at City, so he may want to make a return to Manchester to set the record straight.

And, what better way to do it than against City to disrupt their party…

The World Cup winner would be a great fit at United to strengthen at centre-back, which has been an area of weakness for Jose Mourinho’s side. Chris Smalling or Phil Jones don’t really fill us with confidence and it would be mind-boggling if Mourinho continued to pick them for big games next season.

If Bild’s claim that £52.7 million is the maximum required to sign the 29-year-old, it’s within the same region United were happy to pay for Tottenham’s Toby Alderweireld.

One response to “Man Utd given £52.7m asking price for World Cup winner”