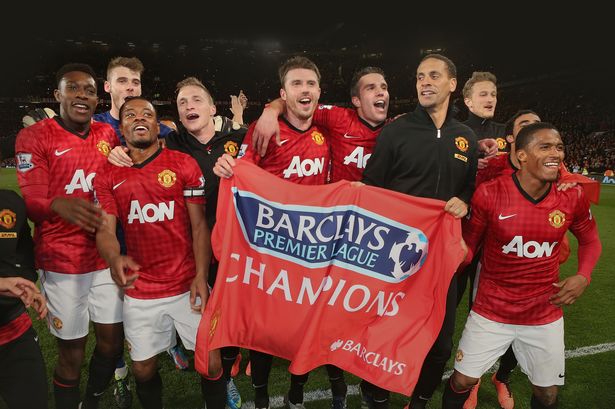 Retired from international football, Evra is having a go at punditry for ITV’s World Cup coverage and has already revealed a number of anecdotes from his time at United, especially with Cristiano Ronaldo.

Van Persie signed for United in 2012 when Sir Alex Ferguson convinced the Dutchman to swap the Emirates for a move to the North West.

It was a masterstroke as Van Persie fired United to a record 20th league title with 20 goals in his debut season at the club.

The striker’s ex-teammate Evra believes Van Persie was able to fulfil his potential at United by joining a collective team of ‘men’ who inspired him to reach new levels of performance. In other words, Van Persie was no longer dealing with mediocrity.

“I give you an example when Robin van Persie joined Man United,” Evra told ITV, as per Manchester Evening News. “First of all when he came I said ‘welcome to a proper team, a man team, not a baby team.’

“And he laughed, but he understood straight away because I remember him saying ‘Patrice, to be fair, I just feel like now I’m playing for a big team because all of you win many trophies, many medals, and you still go in the gym before training, going in the gym after training’.

“Robin was like a kid, he was just like amazed about that. When he looked at us he’d say like ‘when I see all of you guys, I have to work hard because I want to win, I want to win trophies.”

Ferguson knew which signings would make a difference and that’s how he was so successful. We could do with a tip or two from him this summer, as long as he doesn’t pull out a dud like Bebe or Dong Fangzhuo again!