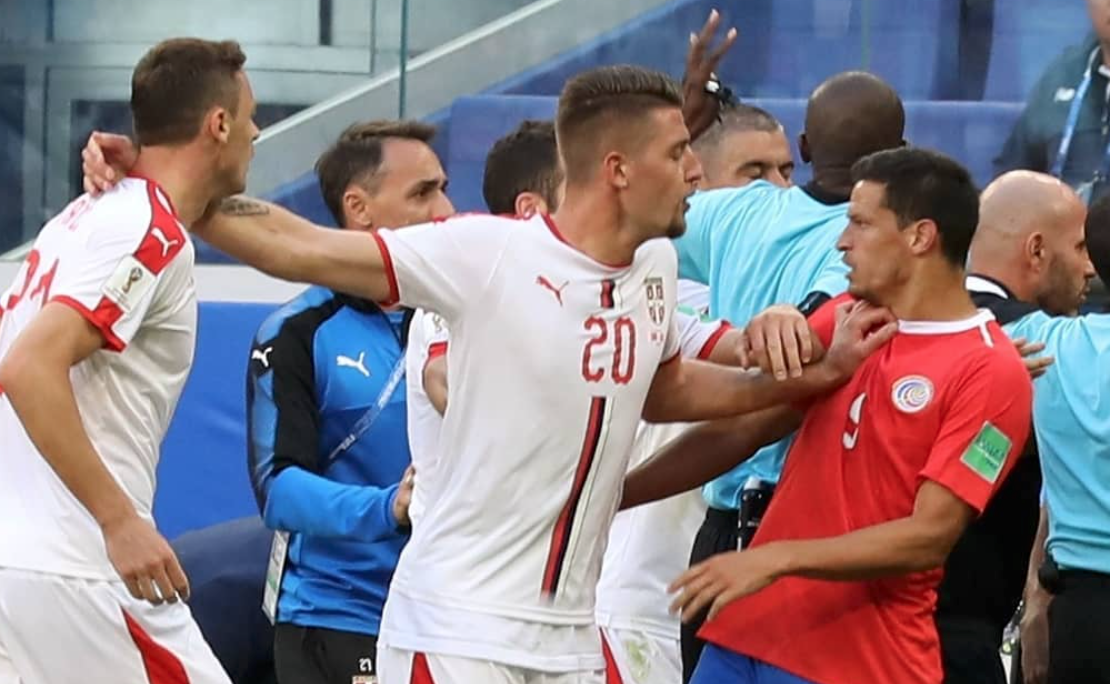 Forget about Agent P. Nemanja Matic took a page from Paul Pogba’s book in an attempt to help Manchester United sign one of our summer targets.

Pogba is renowned for using social media to tease his followers with uploads of Antoine Griezmann and Romelu Lukaku in the past, sending United fans into overdrive.

Matic has done the same while referring to a brawl that occurred in Serbia’s World Cup opener against Costa Rica.

The United midfielder found himself taking on the entire Costa Rica bench near the end of the match, which Serbia took three points from after winning 1-0 to kick-start their campaign.

Matic has shared a photo on Instagram with international teammate and United target Sergej Milinkovic-Savic backing him up during that brawl.

He captioned the upload: “Together we are always stronger,” whilst tagging Milinkovic-Savic.

Together we are always stronger @sergej___21

Currently, a Lazio player, Milinkovic-Savic has attracted interest from not only United this summer, but Juventus, Real Madrid, and Barcelona.