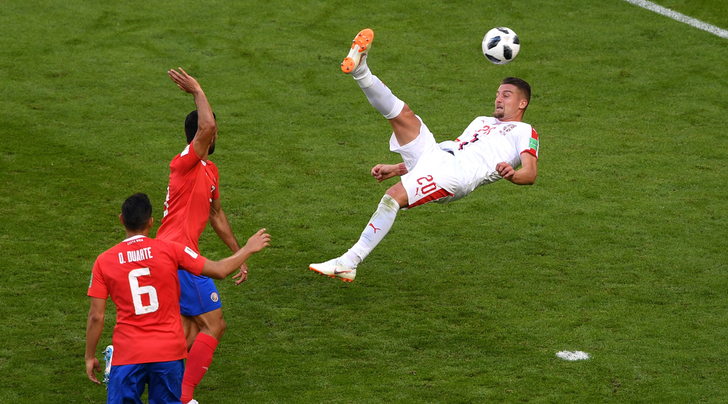 Barcelona are the latest club to be linked with Lazio and Serbia star Sergej Milinkovic-Savic to join a list of clubs in the race to seal his signature.

Mundo Deportivo report that clubs are putting the squeeze on Barcelona in the transfer market, aware that the La Liga champions have €100 million in transfer funds remaining which had been earmarked for triggering Antoine Griezmann’s release clause — another forward previously linked with United.

The Catalan media outlet also claim that Lazio president Claudio Lotito will ask for around €100 million, meaning Barcelona will be breaking the bank unless there are plans to sell players over the summer.

However, the latest from Italian outlet Tuttosport suggests that Juventus are willing to pay Milinkovic-Savic’s release clause of £87.5 million, which should come as a blow for the other interested clubs.

That has led to us believing United’s interest is dying off and there’s no point crying over spilled milk.

Jose Mourinho should have a list of targets available to Ed Woodward, so that when a target opts to move elsewhere or remain at his current club, United are ready to pounce on the next player.

Milinkovic-Savic will be in action on Friday evening when Serbia take on Switzerland looking to secure their place in the last 16 of a World Cup for the first time as an independent nation.