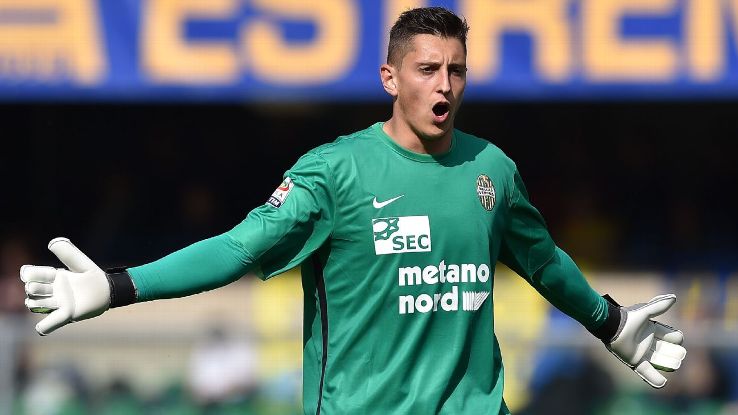 Former Manchester United goalkeeper Pierluigi Gollini has given Gazzetta dello Sport an interview, where he opens up about his time playing for Premier League giants.

He describes his time at the club as like being in a “military regime” after spending just two years in the youth system.

Judging by Gollini’s recent comments, it’s no wonder he never made the step up to the senior team.

In an interview with the Italian sports outlet, translated by Sport Witness, Gollini was asked about his time at United: “There is a kind of military regime with absurd rules: in winter, hats, gloves, knitwear, sleeves and long trousers are forbidden.

“Also forbidden were tattoos and social media profiles. Fortunately, the goalkeeper can cover himself, but I saw Brazilians or Africans who died of cold. But that experience helped me, I became a man before time.”

Gollini left United in 2014 when he joined Hellas Verona, which eventually led to a move back to England when he signed for Aston Villa.

It didn’t go to plan at Villa despite coming in as the club’s first choice keeper before subsequently being loaned out to Italian outfit Atalanta. That loan switch was followed by a permanent deal.

We’ve never heard that about United — being like a military regime — so we can’t dismiss Gollini’s comments completely, but it’s no secret that there’s a world-renowned youth system at Carrington.

If our youth system was good enough for the likes of Cristiano Ronaldo, it should be fine for Gollini or any other player to become a better footballer.