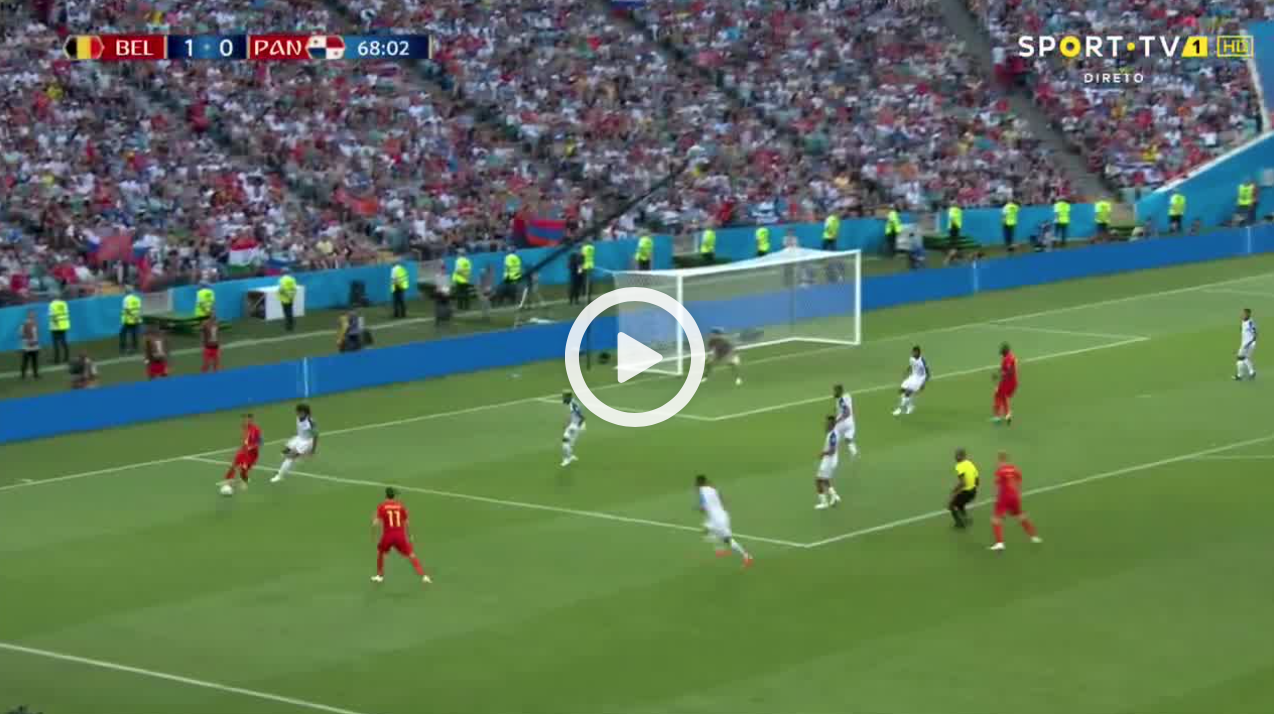 Romelu Lukaku has brought his brilliant pre-World Cup form into the tournament with a brace against Panama.

The first goal came from a short cross by Kevin De Bruyne, who set the Manchester United striker up to score Belgium’s second of the match.

Belgium have been convincing throughout but after a bright start began to take their foot off the gas a little. Perhaps that was down to Panama not being adequate in terms of opposition.

For his second, Lukaku beautifully dinks the ball over the Panama goalkeeper to make it 3-0.

Hopefully, this is the start of a bright campaign for Lukaku. He deserves it with the amount of clowns looking to slag him off each week in the Premier League.