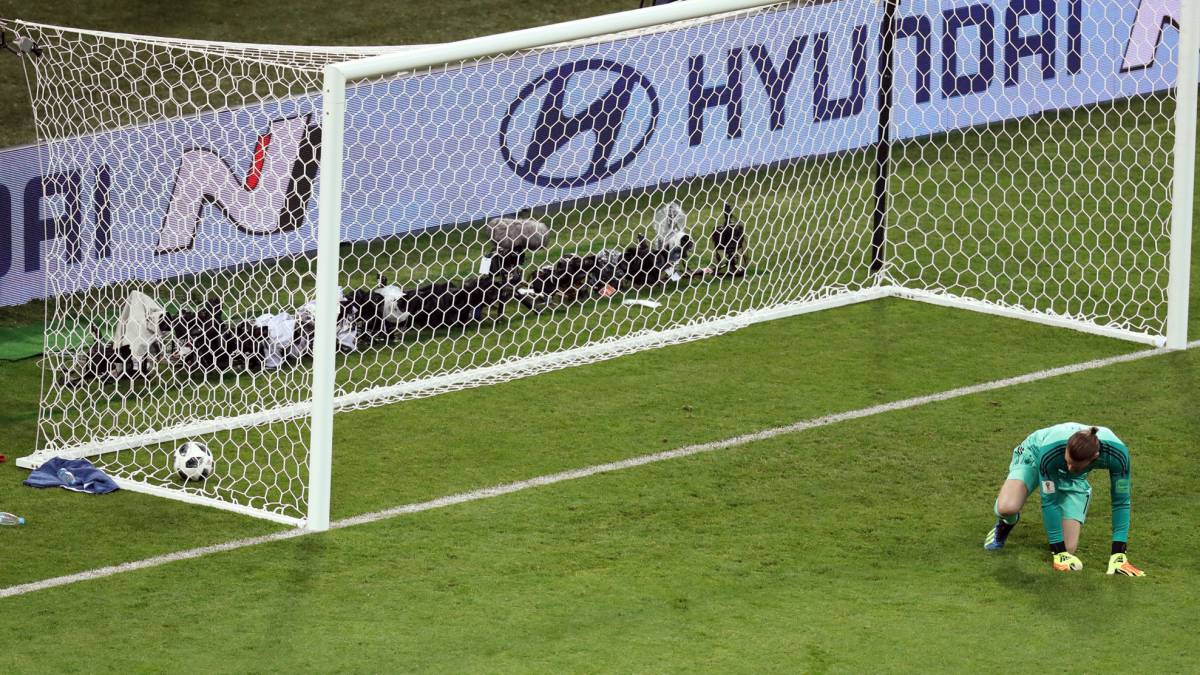 Manchester United goalkeeper David de Gea has been one of the Premier League’s stand out players over the past few years, but many Spain fans have turned on their no.1 by voting on an opinion poll to suggest they want him dropped from the national team.

De Gea made a crucial error in Spain’s World Cup opener against Portugal, letting a powerful shot by Cristiano Ronaldo through his grasp. Not what you’d usually expect from the best goalkeeper in the world.

Errors are part and parcel with goalkeeping — everyone knows that — but De Gea has kept United in so games since joining that we’ve all lost count. The recent mistake (thankfully it happened with Spain and not United) shouldn’t cloud anyone’s judgment, but the reaction in Spain has baffled us.

In a survey conducted by AS.com, 49% of voters have called upon Athletic Bilbao keeper Keep Arrizabalaga to replace De Gea for the remainder of the World Cup. 38% voted to keep the United shot-stopper between the posts, whilst a remaining 11% want former Liverpool keeper Pepe Reina to fill in.

How can people be so quick to knock the world’s best shot-stopper? A part of me hopes most of the votes came from Real Madrid supporters…

De Gea rightly remains firmly favourite to keep the number one jersey as it appears the Spain hierarchy are already backing him to bounce back in the next match against Iran, managed by former United assistant manager Carlos Queiroz.

Interim Head Coach of the Spain national side has already given De Gea his full backing stating: “He’s one of us; we have no doubts about him.”