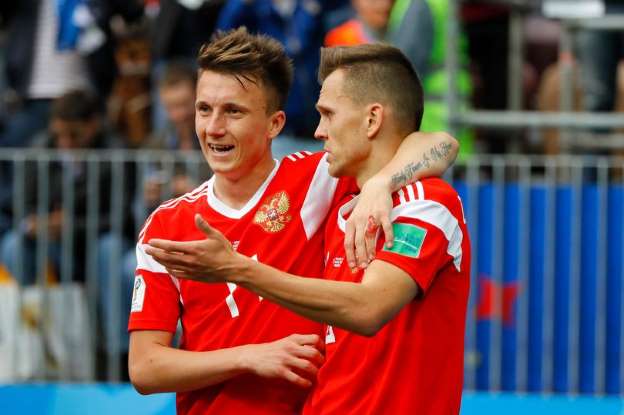 Arsenal and Manchester United face competition from Serie A champions Juventus for Russian ace Aleksandr Golovin, according to The Express.

Golovin was the star of the day when the World Cup hosts kicked off the tournament with a 5-0 over Saudi Arabia. He produced two assists and a stunning free-kick to see them reach top of Group A.

The Express cite a report from Gazzetta dello Sport suggesting Juventus are in pole position ahead of Arsenal and United by lodging a £13 million bid for Golovin but the Russia club are apparently holding out for £22 million.

After a solid past season, scoring seven and recording six assists in 43 appearances across all competitions, Golovin is viewed as a seriously bright prospect, hence why there are so many notable clubs interested.

Meanwhile, according to The Sun, Mourinho wants to watch him play again before showing genuine interest by means of a bid.

The club may need to evaluate attacking options if Anthony Martial leaves.