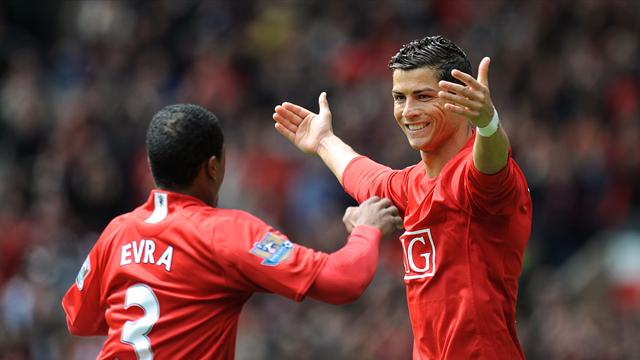 Cristiano Ronaldo is a winner. Patrice Evra has provided further proof to prove that.

The GOAT, as he is known by many on social media, has made no secret of his bullishness to come first and be the greatest footballer on the planet.

Over the past 15-years, Ronaldo has shown nothing but sheer determination and hard work to win five Ballon d’Or awards and compete at the highest level to go head-to-head with Barcelona star Lionel Messi.

Aged 33, there are no signs of Ronaldo hanging the boots just yet. He’s hungrier to win than ever and will hope Portugal can rise to victory in Russia this summer.

It is his desire to be the best that drives him on, the ongoing duel with Messi and Portugal’s need for him to lead the nation.

Ronaldo is a role model — make no mistake about it.

Speaking on ITV Sport’s World Cup podcast, as per SportsJOE.ie, former United teammate Evra revealed how Ronaldo was once unhappy at being beaten by Rio Ferdinand at table tennis.

“They were playing table tennis and Rio beat him and we were all screaming and Ronaldo was so upset,” Evra explained.

So upset that his response was to order a table tennis table, improve his game, and become the best. The story of his life.

“He trained for two weeks at home and he came back and he beat Rio in front of everyone,” the left-back added. “That’s Cristiano Ronaldo.”

These are the sort of stories I love reading about rather than ex-Youth players making excuses about why they didn’t make it at United.

Next up for Portugal at the World Cup is Morocco. They were already involved in the best game at the tournament, ending 3-3, with a stunning Ronaldo hat-trick enough to hold Spain to a point.