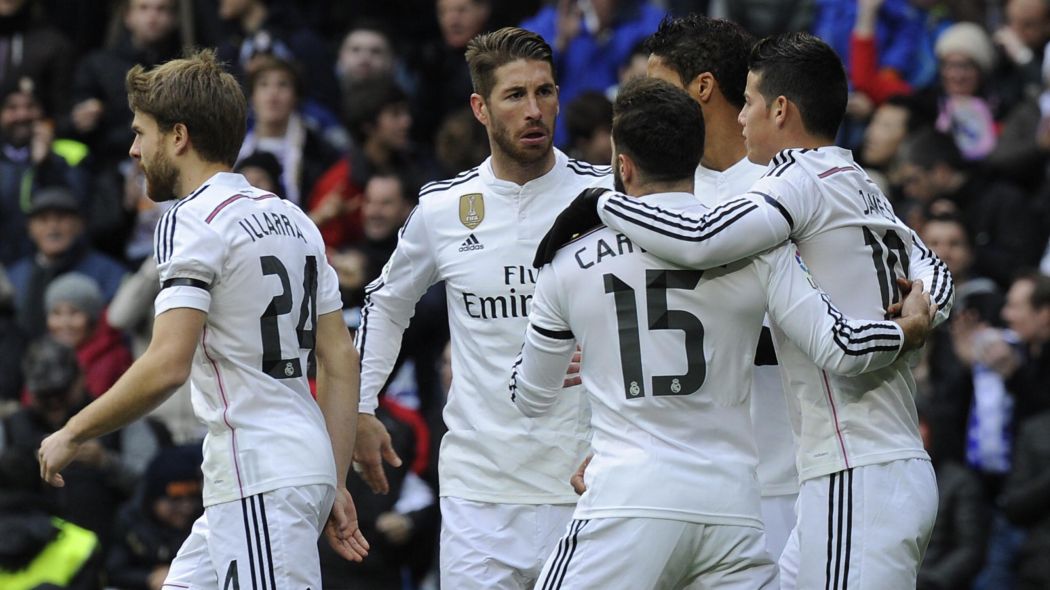 Real Madrid midfielder James Rodriquez could be looking for a move away from the Santiago Bernabeu this summer with him returning to the club from Bayern Munich not being an option, according to reports.

Don Balon are reporting that the former Monaco midfielder isn’t convinced by Bayern’s new manager Niko Kovac and that he wants to leave the Bundesliga giants, with it also being stated that returning to Real Madrid will not be an alternative option, meaning he’ll need to find a new club pretty soon.

The Spanish news outlet are also reporting that Manchester United, Juventus, and PSG are all keeping tabs on the player and that James believes the World Cup is his chance to secure a move away from Madrid by impressing his suitors with his performances for Colombia — like he did four years ago.

This wouldn’t be the first time United have been linked with James. In fact, since his days at FC Porto in 2013, the Reds have reportedly monitored the player but nothing ever came from that.

Since moving to Germany, Rodriquez impressed fans with his displays, as the midfielder scored eight goals and recorded 14 assists across all competitions for the Bundesliga club.

In Spain, the Colombian managed to amass a total of 36 goals and 40 assists in 111 appearances.

It will be interesting to see if United’s interest in genuine or not.