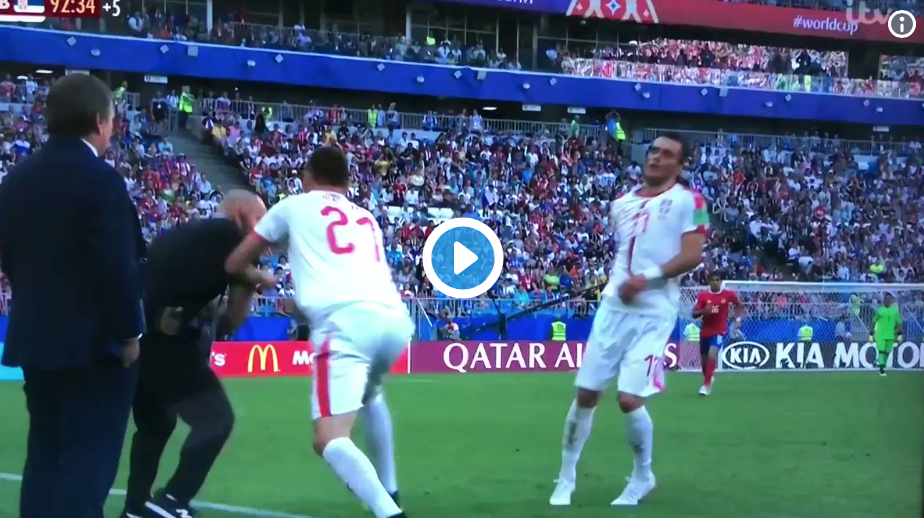 We love an on-field scrap at Stretty News.

Manchester United and Serbia midfielder Nemanja Matic got stuck right in during their 1-0 win over Costa Rica on Sunday at the World Cup.

Serbia were winning 1-0 but Matic still wanted to get play underway when the ball went out for a throw-in until one of the Costa Rica staff members held the ball reluctant to hand it back over.

It kicked off from there as Matic took on the entire Costa Rica bench. Ten of them couldn’t stop him, never mind the entire nation.