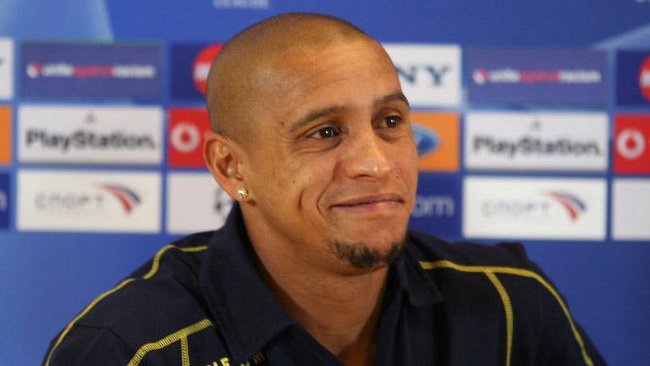 Manchester United target Willian is the best player at the World Cup along with Brazil teammate Neymar, according to Roberto Carlos.

Willian heads into the World Cup in Russia having scored 12 goals and recorded 12 assists for Chelsea last season, helping the Blues to the FA Cup after beating United in the final.

It added to the two Premier League titles and League Cup he’s won since his £30 million move to Stamford Bridge in 2013 — when Jose Mourinho was in charge at Chelsea and it has been reported that the pair would like to work together again.

And Carlos, who won the World Cup with Brazil back in 2002, believes Willian is one of the best footballers at this year’s competition.

Carlos goes on to put Willian in the same bracket as Paris Saint-Germain star Neymar.

“Neymar is going to be marvelous in Russia and win the trophy for us,” Carlos said, as per the Daily Star, not to put any pressure whatsoever on the PSG man.

“But you know who else is going to have a big World Cup? Willian.

“People talk about [Lionel] Messi, [Cristiano]­ Ronaldo, Robert Lewandowski and Neymar, but for me, Willian is right up there.

“He’s in really good form and always takes ­responsibility on the pitch.

“He’s a quiet guy who keeps to himself, but he’s going to surprise a lot of people this summer.

“Willian is going to be the best player at the tournament, alongside Neymar.

“He knows how important he is to this team and I want to see him start with a bang against ­Switzerland tonight.”

Brazil take on Switzerland in their opening clash of Group E tonight.

It will be interesting to see if United can land Willian this summer, with the club still trying to get rid of Antonio Conte, a manager he doesn’t see eye-to-eye with, as per The Independent.