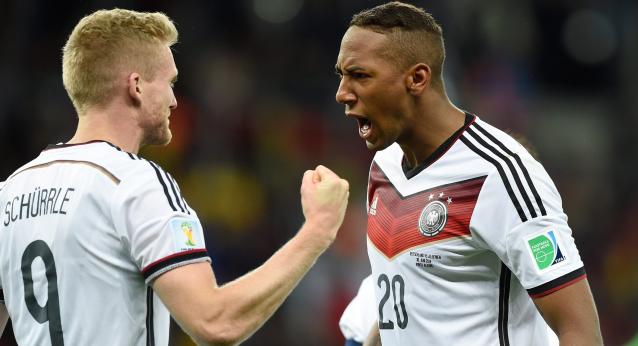 Manchester United could be set to battle with Jose Mourinho’s former club Real Madrid in the race to sign Germany and Bayern Munich star Jerome Boateng.

Don Balon are reporting that the Spanish giants are eyeing up the former Manchester City defender, who left England as a flop after being pushed into right-back, as a replacement for Jesus Vallejo should the Spaniard leave the club this summer.

They also point the finger at United and Mourinho, who are also keen on signing Boateng, with efforts being made to strengthen the side’s defence which relies far too much on Spain no.1 David de Gea each season.

READ MORE: Man Utd to scare off clubs interested in young star, despite not being happy at club

Despite being labeled a flop during his time in England, Boateng has since managed to turn himself into one of the best centre-backs in the world. In Germany, he’s won six consecutive Bundesliga titles.

However, injuries haven’t been too kind to Boateng over the years, so there is risk involved in a potential transfer.

Should United get their man this season rather than Tottenham’s Toby Alderweireld, it will be interesting to see who he partners in defence next season…