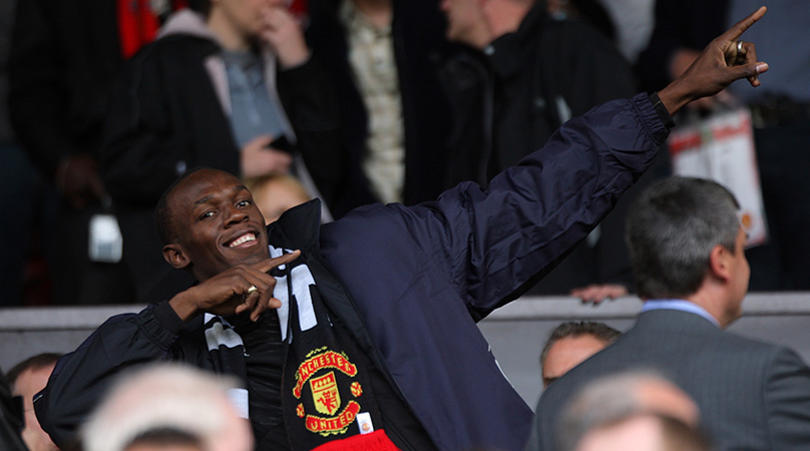 Undoubtedly, Usain Bolt is one of the most incredible athletes that has ever lived. The Jamaican sprinter currently holds the world record for the 100 metre sprint (9.58 seconds), 200 metre sprint (19.19 seconds) and 4x10metre relay (37.10 seconds). Moreover, he has won no fewer than nine gold medals in track and field events at the Olympics. This week, I managed to get in touch with the fastest man of all-time.

As a young boy, Bolt attended William Knibb Memorial High School where he began trying his hand at sports such as Cricket. However, his father encouraged that he pursue running, as he had all the tools required to be a great athlete, not least the astonishing speed he demonstrated on the field, ”I started running from a young age. I was ten years old. I remember my coach would tell me that I had a gift. It was at that time that I first realised I had the talent to pursue running as a career.’’

United fans have been spoiled for memorable moments under Sir Alex Ferguson but Usain mentioned a certain night in the Luzhniki Stadium in Moscow as one he holds with particular fondness, ”Id have to say that winning the Champions League in 2008 is my favourite ever Manchester United moment. That was a great team with some great players.’’

Last week, the Jamaican man fulfilled a long-standing dream of playing at Old Trafford as he took part in the 2018 Soccer Aid charity match.

Bolt, who has previously stated he could play professional football, fancies himself as a bit of a goalscorer, ”I think id play as a forward for United. If I get the call in the future from Jose Mourinho, thats where you can expect me to play!’’.

Having finished a disappointing 19 points behind rivals Manchester City this season, it is clear that Jose Mourinho has work to do in order to topple our bitter rivals. Having said that, when asked what United need to do to achieve this, Usain was pretty clear in what needs to change at Old Trafford, ”I think if United are to bridge the gap between them and Manchester City, they need to score more goals. We have the players capable of doing it, I think. We have some great options going forward and I’d like to see them express themselves a bit more.’’

Like most United fans, Usain is optimistic about our chances next season and thinks with a few signings we will be back at the top of the bunch, ”Id love to see Antoine Griezmann in a Red shirt next season. He is a player who really excites me.”

Since this interview, it has broke that Griezmann will be staying at Athletico Madrid, so Mourinho will have to explore other avenues.

In conclusion, I’d like to thank Usain for taking the time out to talk to me. Also, a mention for his agent Nugent Walker who was a real pleasure to deal with.