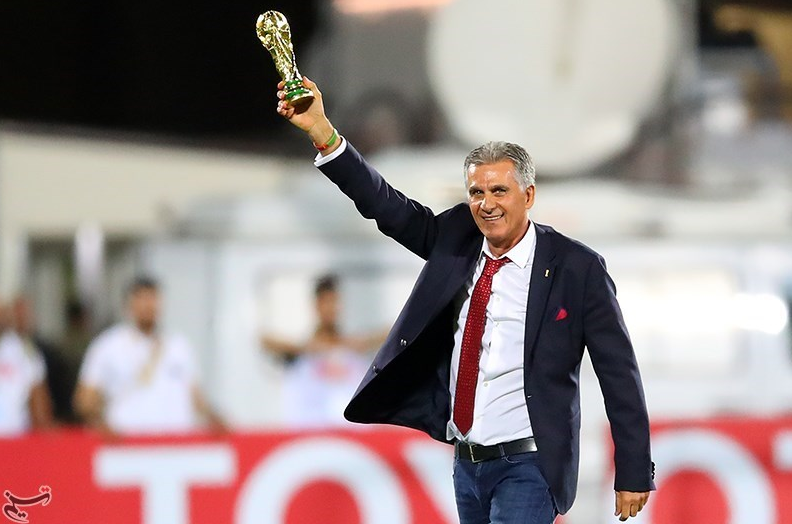 The sports company have refused to supply Iran with football boots for the World Cup.

Due to US sanctions, Nike are unable to provide Carlos Queiroz’s Iran side with playing gear for the biggest international football tournament, held in Russia this summer.

Just had a long chat to Carlos Queiroz, who is already in Moscow. First team to arrive in Russia. He’s done superbly with Iran. Again. Loads of restrictions, yet didn’t lose a game in qualifying. Also happily reminisced about another trip Moscow ten years ago…

“US sanctions mean that, as a US company, Nike cannot supply shoes to plays in the Iranian National team at this time,” a statement from Nike read.

“Sanctions applicable to Nike have been in place for many years and are enforceable by law.”

Former Manchester United assistant coach, Queiroz, has been in charge of the Iran side since 2011. He’s expressed disgust about his players being denied access to the footwear to which they were accustomed just days before their World Cup opener against Morocco.

“It has been a source of inspiration for us,” Queiroz told Sky Sports News.

“This last comment of Nike was, in my personal view, an unnecessary statement. Everybody is aware about the sanctions.

“It was ridiculous and unnecessary to produce this statement against a couple of young players. I think it should be the exact opposite because 99 per cent of our boys, they buy the boots, so the statement should be in the opposite direction and they should thank them.

“They should come out and apologise because this arrogant conduct against 23 boys is absolutely ridiculous and unnecessary. We have addressed this concern to FIFA and the minimum Nike should do is to apologise to them (Iran’s players). We expect that FIFA will come with a position and if they don’t we will publish the letter we sent to FIFA.”

Queiroz had already worked wonders to get Iran to Brazil — where the previous World Cup was held — while Team Melli were Asia’s seventh-ranked team, 54th in the world. Within three years of Queiroz’s guidance, they were first.

He’s done the same and more for Russia 2018. Iran didn’t lose one of their ten games in qualifying and conceded only twice, whilst becoming the first country to qualify for the World Cup.

With no thanks to Nike, we’d like to wish Queiroz all the best at the World Cup.