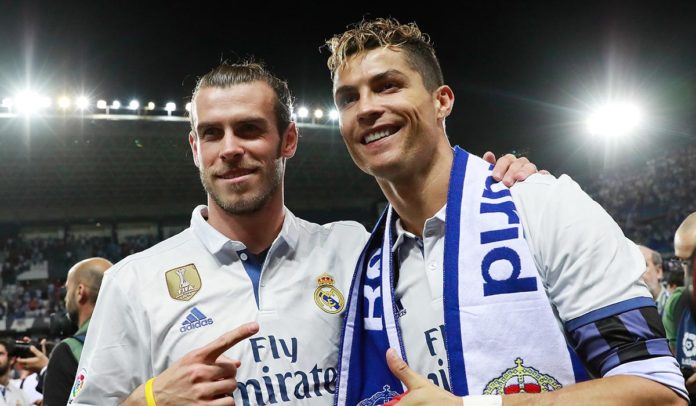 That’s steep for a benchwarmer.

Manchester United have a lot of catching up to do after finishing runners-up to rivals Manchester City in the Premier League by a worrying 19 point margin.

Bale spoke after the game of how he needs to be playing regular football, which would undoubtedly be achieved at United next season if he could stay fully fit.

Still, Real Madrid don’t intend to let him go cheaply, setting an asking price of €150 million to start negotiations, as per Ok Diario.

The Wales star would also demand sky high wages but money isn’t an issue at United and we’re probably the only club — along with Real Madrid — about to afford the player.

Of course, Bale would not solve all of United’s problems. Nobody is saying that, but he’s a game-changer, capable of making special things happen in special games.

An attacking trio of Bale, Romelu Lukaku , and Alexis Sanchez would be drool worthy. Make no mistake about that.