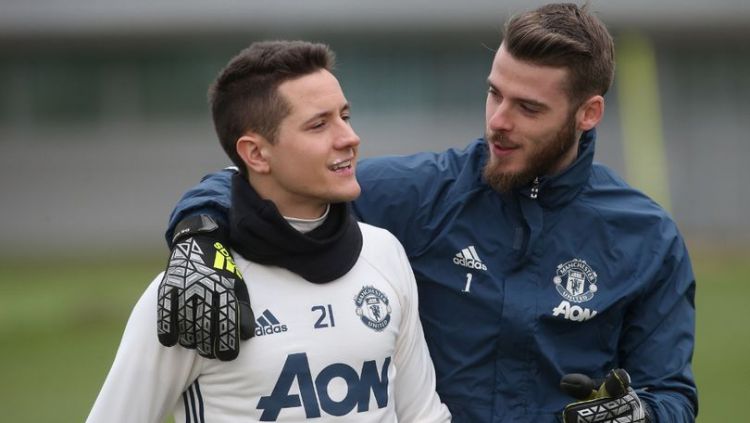 Spain international Ander Herrera saw his role in the Manchester United starting eleven diminish over the last season, although part of that was down to injuries.

According to The Sun, Herrera wants talks over his United future with boss Jose Mourinho this summer.

It has been recently reported that former club Athletic Bilbao are willing to make Herrera their highest-earner, as per The Sun, but United should be fighting to keep Herrera despite Fred’s arrival. He’s a player that could come in when needed and do a job in the big games if Mourinho needs a player to man-mark a talisman.

The £52 million signing of Fred has obviously pushed Herrera further down the pecking order and that may have forced his hand in wanting talks with the manager.

Herrera, 28, has just 12-months left on his contract, so he could then be available to leave on a free transfer. That hands United a dilemma: to lose a talented player for a fee or zilch?

That also means Herrera will be able to speak to other clubs around Europe in January, but The Sun claims he wants fresh terms with the club which have yet to be offered. They suggest United want to get their summer business done before sitting down with the player to discuss his future.

Herrera wasn’t selected for the Spain World Cup squad, so he has all summer to get in touch with Mourinho.