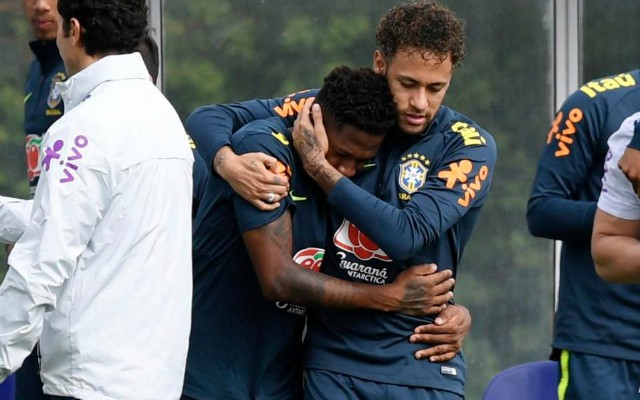 Manchester United hope to officially announce the completed transfer of Shakhtar Donetsk midfielder Fred in the coming days, according to reports.

The club has already officially announced that they have agreed on a deal for the Brazil international, who is with his country ahead of the World Cup.

However, Fred is not yet an entirely done deal and it’s taking time for things to be finalised due to the wait over him being granted a work permit, according to Sky Sports.

The 25-year-old should make a fine addition for United following the loss of Michael Carrick due to retirement, but Marouane Fellaini may also leave on a free transfer this month.

Fred has impressed many in Ukraine with Shakhtar Donetsk and it looks like he will fit in just fine in a midfield trio, already consisting of Nemanja Matic and Paul Pogba.

It will be a relief to United fans when the saga is over, but there’s nothing to worry about as far as we’re concerned. Everyone connected to the deal is confident they can get over the line.