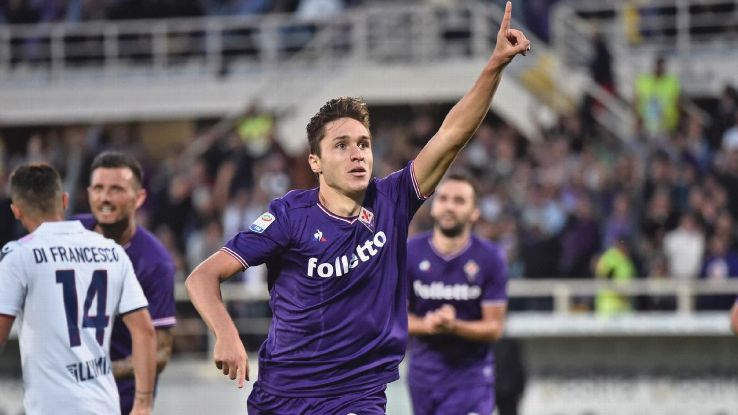 Manchester United, Liverpool and other clubs can reportedly seal the transfer of Fiorentina starlet Federico Chiesa this summer, but first they must meet his club’s asking price of £62 million.

That might seem steep for a young player that remains unproven, but Chiesa looks like one of the most promising talents coming through in Italian football at the moment.

As a club, United pride themselves on developing and nurturing the finest of talents. It sounds like Chiesa fits that mold.

Manchester City, Napoli and Inter Milan are also mentioned as potential suitors for the 20-year-old, but according to Gazzetta dello Sport, as per talkSPORT. Fiorentina have just raised their demands for the youngster.

He’s been a key player for the Serie A side by showing his versatility in a number of different roles.

Most naturally a winger, Chiesa has played on both flanks for La Viola, as well as at wing-back and central attacking midfield or up front. It sounds like he has it all in his locker.

Chiesa could be seen as a much youngster and cheaper alternative to Antoine Griezmann and Gareth Bale, but it remains to be seen if he can be half as good on the pitch. United aren’t exactly digging in their pockets for loose change.

See the below video for footage of Chiesa in action.