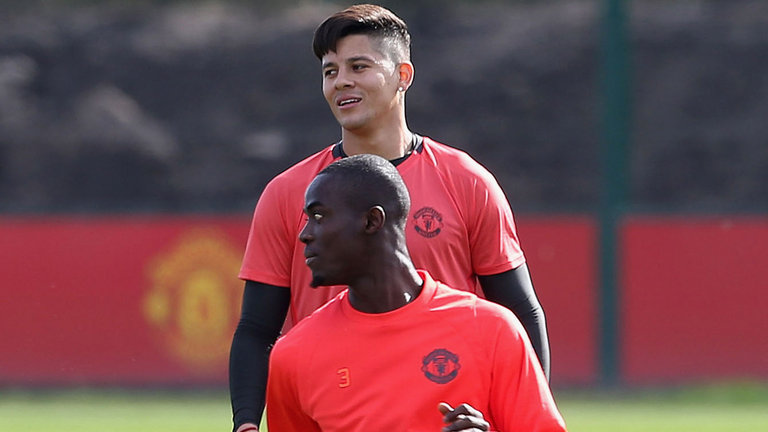 Manchester United centre-back Marcos Rojo is reportedly weighing up his options ahead of next season, having become aware that he may be competing with as many as five other central defenders at Old Trafford next season.

The Argentina international, currently in Russia ahead of the World Cup, only signed a new three-year deal back in March, but Rojo apparently fears for his future at the club.

Rojo, 27, is amongst the likes of Phil Jones, Chris Smalling, Eric Bailly and Victor Lindelof in the centre-back department at United, and Jose Mourinho wants more.

When we say more, we mean quality over quantity, as Mourinho remains unsatisfied by the defenders he can currently select from.

The United manager knows the pressure is on next season to deliver major trophies. After finishing the last campaign trophyless and watching rivals Manchester City run away with the Premier League title, Mourinho and his squad need to up their game.

According to The Sun, Mourinho’s continued links with Tottenham’s Toby Alderweireld has led to Rojo considering a move from Old Trafford, knowing it’s likely to push him further down the pecking order.

Though he is also capable of playing at left-back, Mourinho hasn’t opted for Rojo in that role yet, preferring Ashley Young and already signing Diogo Dalot from FC Porto this summer.

We’re looking forward to watching Rojo perform for Argentina at the World Cup as well as other United players.