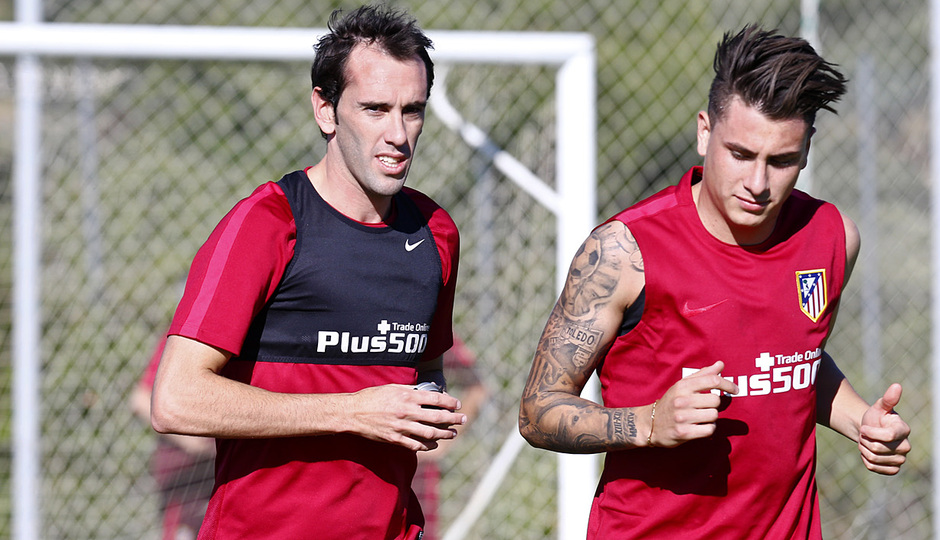 Jose Gimenez has committed his future to Atletico Madrid by signing a new five-year contract, the club have announced.

The Uruguay international’s contract was due to expire in June 2020, but he has finalised a deal that ties him to Atletico for a further three seasons to end speculation he’s about to move elsewhere.

Gimenez, 23, joined Atletico from Danubio in 2013 and has since made 134 appearances after forming a rather solid partnership with fellow countryman Diego Godin.

“I’m very happy. I’m grateful for the confidence the club has put in me,” Gimenez said in a statement, as per Goal.

“Since I arrived the club has grown a lot. We have won titles, we have consolidated ourselves among the best in Europe, we have opened a spectacular stadium and it is an honour to continue contributing to this great project.

“We have a fantastic group that is key to all the success since I arrived. I feel at home, so I want to continue giving everything to say thanks for the confidence shown in me.”

It wasn’t long ago The Express reported that United were being strongly backed to sign Gimenez, but they strangely suggested he would come in as a long-term replacement for Antonio Valencia.

He has featured on the right side of defence on a number of occasions, although it’s not his best role.

Gimenez featured just once in Atleti’s 2013/14 La Liga title-winning season, but he has since gone on to become a key figure in Diego Simeone’s side. He even started the Europa League final win over Ligue 1 side Marseille last month.

You will be able to watch Gimenez at the World Cup this summer with Uruguay. They’re in the same group as Egypt, Saudi Arabia and hosts Russia.