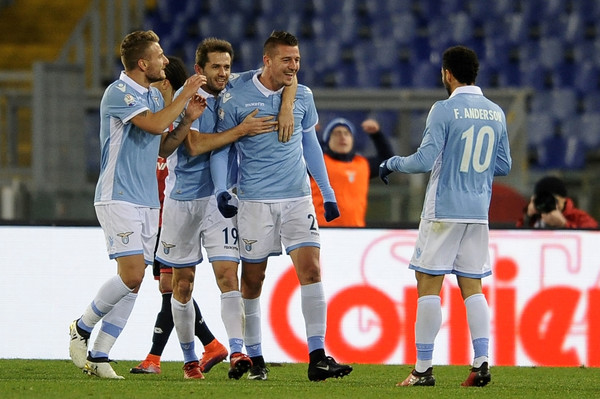 Manchester United will likely feel their chances of sealing the transfer of Lazio midfielder Sergej Milinkovic-Savic could be given a boost by rivals Liverpool.

According to the Daily Mirror, Lazio and preparing a £5 million bid to sign Liverpool midfielder Marko Grujic, who plays in the same position as Milinkovic-Savic.

While it has yet to be confirmed whether Grujic would be targeted as a replacement for the Lazio star, they play in the same position, so it only makes sense to suggest that being the case.

The Sun recently claimed a deal was in place for United to sign Milinkovic-Savic for £80 million, though Lazio will probably demand more if he has a good World Cup for Serbia.

Milinkovic-Savic was quoted in the Manchester Evening News as saying he’ll decide on his future after the World Cup, so we’ll need to be a bit more patient before finding out what’s going to happen.

Hopefully, the Scousers fall asleep at the wheel and help us out by selling Grujic to get the ball rolling.