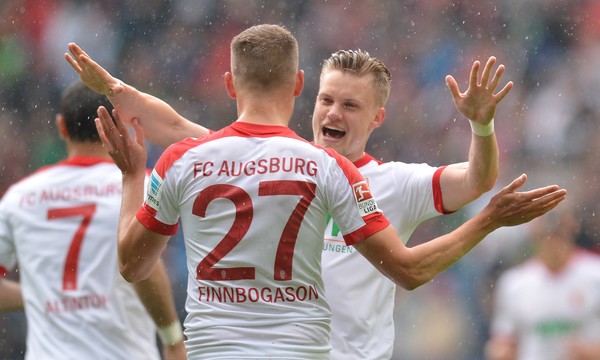 The Reds have already acquired a new full-back this summer after they signed Portuguese youngster Diogo Dalot from FC Porto for an alleged fee of €22 million.

Now, with United’s current left-back options being either Ashley Young, Marcos Rojo (who Mourinho prefers at centre-back) or Luke Shaw, the boss is apparently keen to bring in new blood to strengthen the back line.

According to German news outlet Bild, United have identified 24-year-old Philipp Max as the ideal candidate to take up the role at left-back.

However, it is thought that they will demand as much as €40 million for the player.

United have already made two signings this summer, having already signed the aforementioned Dalot, and Brazilian midfielder Fred from Shakhtar Donetsk.

This season, Max made a total of 33 appearances in the Bundesliga, scoring twice and notching an incredible 13 assists. Augsburg finishing poorly though – 12thin the German top-flight.