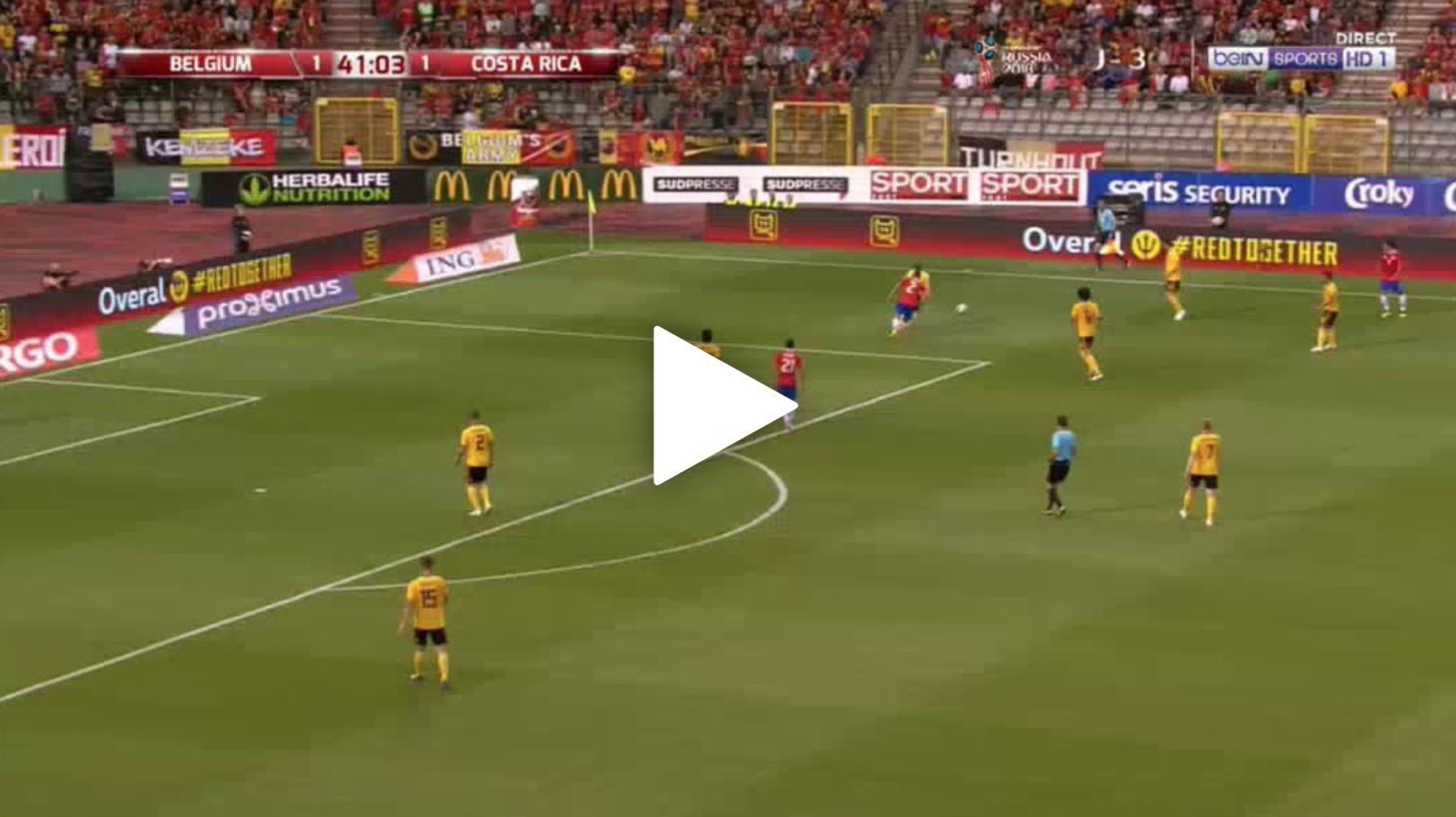 Romelu Lukaku scored in his second consecutive match for Belgium as The Red Devils prepare for the World Cup in Russia, starting later this week.

I honestly believe the Manchester United strike will set the world alight this tournament, so much that I have already backed him to become the Premier League’s top scorer at the tournament this summer.

The goal showcased Lukaku’s improved build-up play as he drops deep to start the attack before volleying the ball into the onion.

Belgium should have a much better World Cup campaign than 2014 when Eden Hazard massively underperformed. He’s already linking up rather well with Manchester City’s Kevin De Bruyne and that could be a frightening partnership at the tournament — alongside Lukaku!