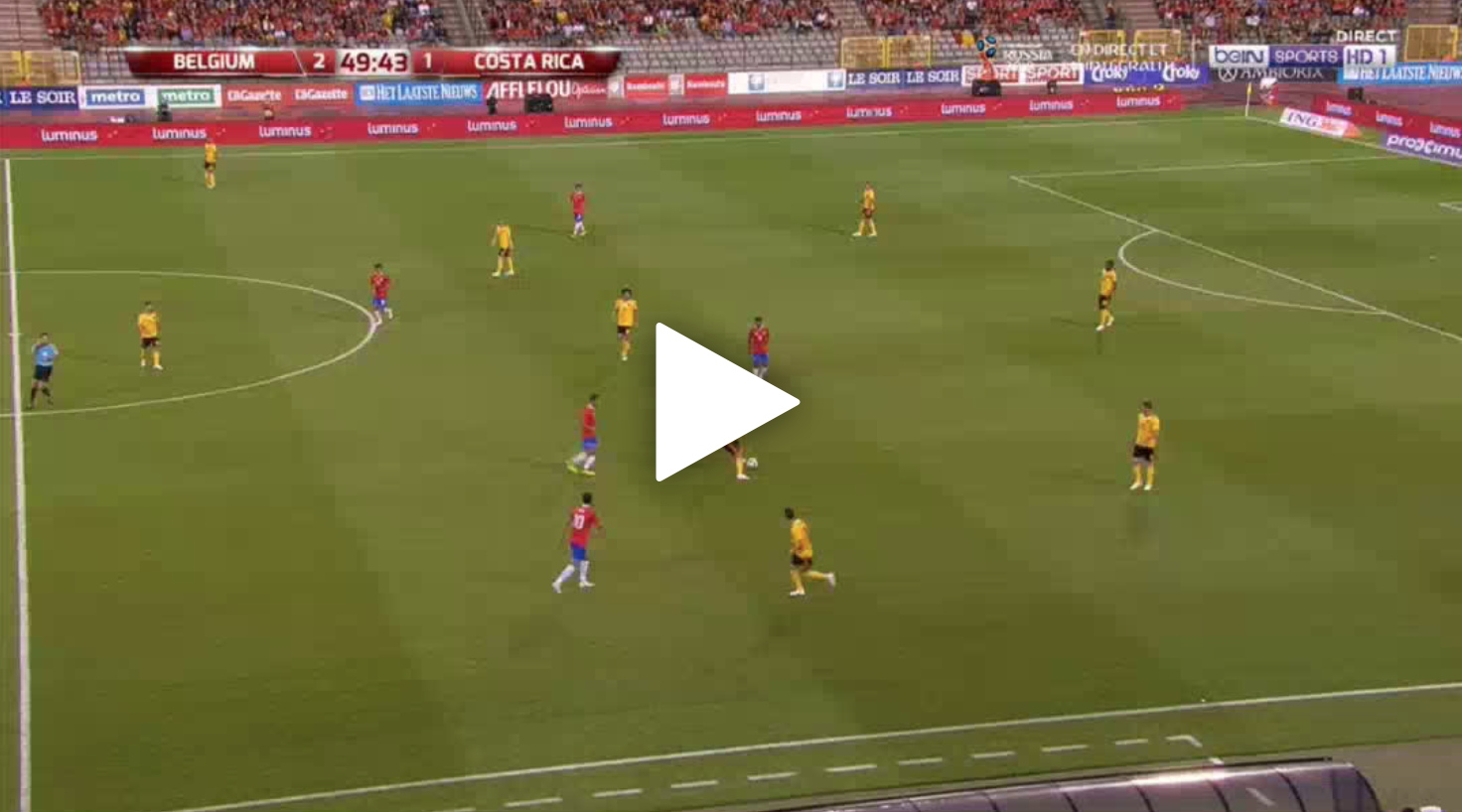 Romelu Lukkaku is on fire as Belgium head into the 2018 World Cup.

Not only has he had a solid debut season at Manchester United to prove critics wrong, Lukaku looks set to do it on a further scale at international football’s biggest stage.

For Lukaku’s first goal — to put Belgium ahead against Costa Rica at 2-1 — the striker showed how his all-around game has improved since joining United by picking up the ball in a deep position and starting The Red Devil’s attacking transition.

Then, to complete a race, Lukaku scored with his head to show why Jose Mourinho wants to sign full-backs and wingers with the ability to create goals from crossing.

Stay tuned to Stretty News throughout the summer for our international football coverage, covering all United players and targets.