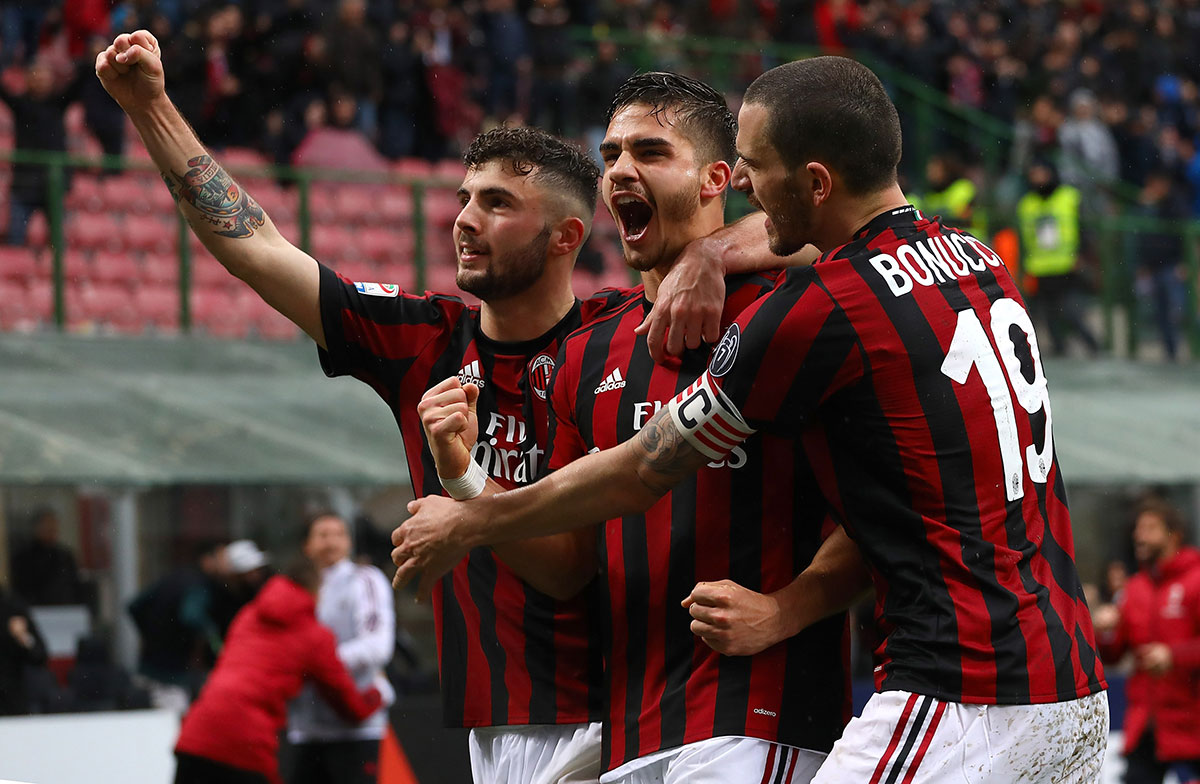 Manchester United wasted little time last week in securing two signings with Fred and Diogo Dalot, but they’ve been hit a setback in their reported pursuit of a third target.

The Reds fell short in all departments last season, finishing 19 points behind rivals Manchester City in the Premier League while failing to claim silverware in the Champions League or domestic cups.

Jose Mourinho knows the pressure is on to deliver next season because there will be question marks about his future if he doesn’t.

United have been linked with bolstering their backline, but as noted by AC Milan captain Leonardo Bonucci below, the Italian international has no plans to leave the Serie A giants this summer.

“There is no problem whatsoever [at Milan],” Bonucci told Sky Sport Italia, as per the Daily Mail, who claim that United were targeting him. “I hope these rumours will be put to bed so we can build something important.

“We’re aiming to return to the Champions League and to compete for big objectives.”

Bonucci joined AC Milan from Juventus in a €40 million deal last summer but things didn’t go to plan for the club as they finished sixth and were knocked out of the Europa League by Arsenal.

Club legend Gennaro Gattuso remains in charge of the club and that has seemingly played a key role in Bonucci’s stance on his future.