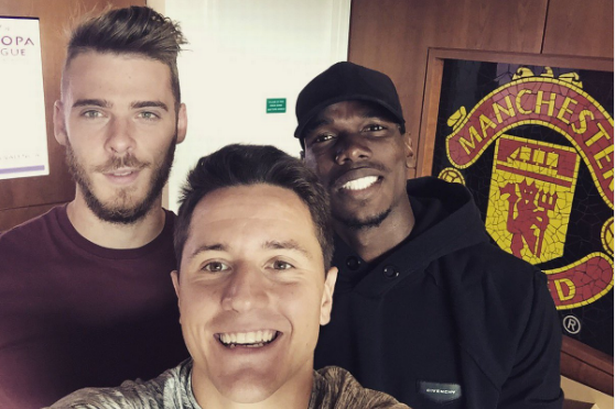 Manchester United midfielder Ander Herrera will reportedly resist the temptation to leave Old Trafford this summer as he looks to break back into Jose Mourinho’s strongest team despite the arrival of Brazil international Fred.

It goes without saying Fred, another midfielder, has come in to fight for a place in the starting eleven which may well have put Herrera’s future in serious doubt.

Reports have linked Athletic Bilbao will a return move for Herrera, with the promise of making him their highest-earner, but that has seemingly not turned the Spain international’s head as he looked set to stay at United.

That said, there is more competition for places after Nemanja Matic’s arrival last year and, of course, the breakthrough of United youth team graduate Scott McTominay, who even did enough to become an international footballer last season.

According to the Daily Mail, Herrera is ‘ready to turn down the chance’ to join Bilbao because he is ‘happy at Old Trafford’ and seems unprepared to rush any decision on his future.

United have triggered a clause in the 28-year-old’s contract that extended the terms by a further 12 months, running until the end of next season. The Mail still notes Herrera is interested in a possible return to Spain but not yet…

Mourinho is expected to play Matic, Fred and Paul Pogba together in a midfield three in 2018/19, but Herrera is far from a bad backup option and is still likely to feature in the big games.