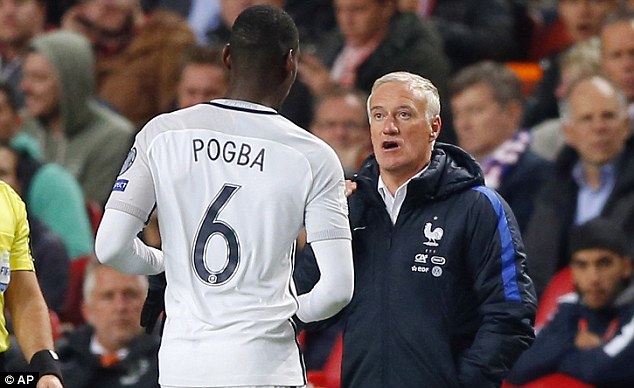 Pogba has failed to put in any top performances during France’s two warm-up matches; a 3-1 win over Italy and a 1-1 draw to USA, but he’s clearly done enough to secure himself a spot in the starting XI in the eyes of Deschamps.

However, Pogba was among those jeered by his own supporters during the Italy match and again after a shocking first-half display against a young USA side.

Pogba, 25, has also been criticised for his form shown at Manchester United but French fans will be hoping he can finally show some consistency at the World Cup. They know he is capable of producing special moments, as seen against the Americans last week.

Deschamps agrees with this and he spoke highly of Pogba following the USA match.

Speaking to TF1, as per ESPN, Deschamps said: “There are very high expectations for him.

“It’s normal, and when he does things well, he always has to do better. But, with all that Paul is able to do, it’s always about the team. That is what’s important to me.”

Deschamps also claimed that Pogba ‘responded very well to my concerns’, demonstrating the trust he has in the player.

Will France deliver at the World Cup? I’m not too convinced, hence why I only backed them to win the World Cup each way. That said, nobody really stands out.