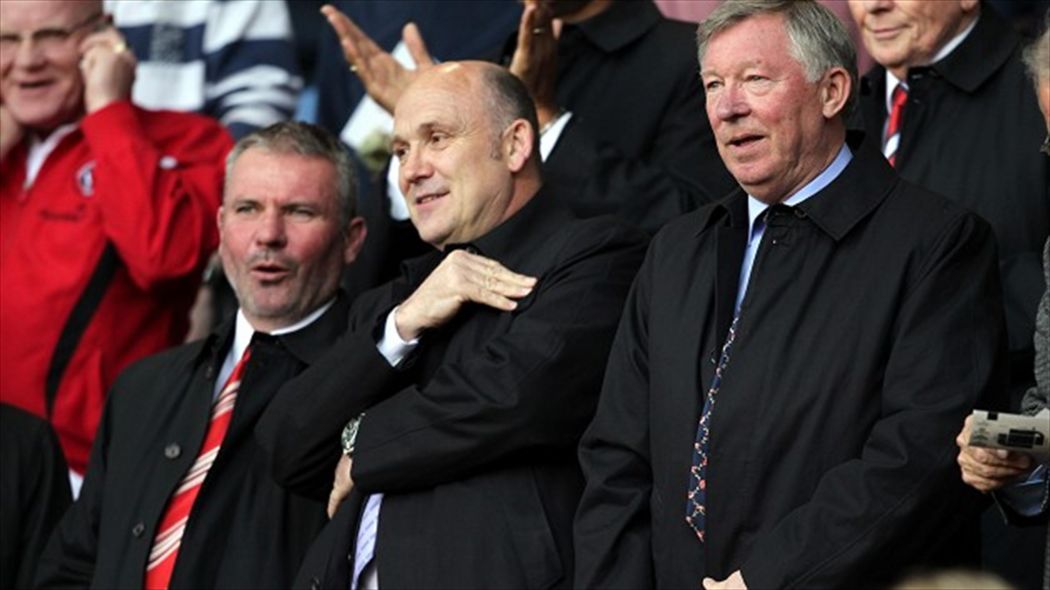 Following on from the Norman Whiteside interview I did for Red Devil News, I was eager to speak to another former United player who witnessed the evolution of Manchester United under Alex Ferguson first hand.

Brian McClair has seen it all; from the uninspiring struggles in League One & the famous ‘Ta Ra Fergie banner’, to the first League title victory in 26 years.

Of course, sandwiched in between was the 1990 FA Cup win which has gone down in history as the moment which sparked a very successful period for United which spanned over a quarter of a century.

McClair joined United in the summer of 1987 and scored 24 league goals in his first season at the club. In doing so, he became the first player since George Best in 1968 to score 20 league goals. ‘Choccy’ went on to make 471 appearances in the famous Red shirt, scoring 127 goals along the way. In terms of Ferguson’s initial success at Old Trafford, McClair was an important cog in the machine.

This week, I managed to catch up with the Scot about his time at United, Ferguson’s inner drive and the psychology of sport.

Tell me about your United debut at Southampton. How were you feeling running out on to the pitch that day?

I remember it was a bank holiday weekend. We were traveling away of course and the traffic was very bad. It took us about six hours to get there; my brain was frazzled on that bus! It was a very warm day and I was there was a proper buzz around the place. I was surprised with the atmosphere at The Dell & at how good Southampton were that day. We were fortunate to come away with a 2-2 draw, to be honest. Norman Whiteside got both goals. The game went by very quickly but it was a real high for me.

Having been part of a team that brought Alex Ferguson his initial success at United, what would you say was Ferguson’s biggest strength?

He wasn’t afraid to make decisions. He made them swiftly and I think over the period of time that he was the manager at United, he got the majority of them right. From signing players to selling players, or choosing the correct team to play a specific game. Ferguson always picked a team that he felt would win the game on the day. Also, he was able to separate himself from any of the emotions going on around him in the build-up to games. The week leading up to the FA Cup final replay is a good example of this with Les Sealy coming in to replace Jim Leighton in goal. He made a call he thought would help us win the game: and he was right.

It’s well documented that the FA Cup win probably saved Ferguson. What changed after that victory or was it a case of Ferguson was generally doing good things anyway?

There was never any indication or feeling within the club that there was any particular pressure on the manager. Generally, the club was happy with the progress that was being made and were willing to stick by him. Of course, when you win something, it gives you the impetus to go on and do it again. That was the big thing for me. When you win a trophy, you enjoy that moment but as soon as its finished your mentality is let’s go again. I remember the very first day of pre-season after the FA Cup win, he came into the dressing room and said ”I’m willing to climb back up to the top of the mountain again. Anybody who wants to come with me is more than welcome. If you don’t, come and tell me.” I was always amazed at how driven he was. It was a case of ”Okay, you’ve done that but let’s get to the next one”. Winning things definitely gives you a boost.

Is there any memory of your time at Manchester United that you look back on with the most pride?

I was at Manchester United for 25 years as a player and then as Youth Academy Director. That, for me, is an astonishing period of time to be at a football club. I enjoyed every single minute of every single day at United. I couldn’t pick just one, to be honest. I have so many joyous memories of my time at the club and sometimes I feel to pick one memory would almost undermine others. I loved it all: from the day I walked into the day I walked out.

Which player outside of your time at United would you have loved to play with and why?

Dennis Law. He could play anywhere and he was just one of the great goal-scorers of his time. He is a cracking gentleman too, a really nice man.

Who was the toughest defender you came up against?

There is several to choose from really but I do remember Steve Bruce kicking lumps out of me when he played for Norwich!

What is your view on the psychology involved in the sport?

I think its always been important. The best psychologist I ever worked with was Sir Alex Ferguson and he learned his psychology on the pavement. He learned from his predecessors Bill Shankly, Matt Busby & Jock Stein. Anybody who played for those managers will tell you that they were masters of psychology. Nowadays, you can study it in a textbook but these men developed their philosophies working down in a mine. They transferred skills such as teamwork and simplicity to football to gain psychological advantages on the pitch. Psychology has always been a part of sport.

Would you agree that visualization is a useful technique?

I still visualize and have done since I was a young child. It’s an important part of it. If you can look at the guy standing beside you in the tunnel & think ”I am going to play better than you today”, there is a good chance that can happen. I think if you ask any of the top athletes they dreamt about being the best at their sport. However, when I was young, it was just called day-dreaming!

The New Zealand rugby team and Liverpool have utilized sports psychologists recently, do you think there are benefits to having one on a team’s payroll?

Yes. I think there is always a place for people who can speak to players on a confidential basis. For example, just this week, Danny Rose of Tottenham opened up about his struggles with depression. I think a big problem with males is depression, and admitting that they have a problem. They are afraid it will make them look weak. I think some players need to be managed in different ways and there is certainly room for sports psychologists. Some players need that little bit of extra encouragement. Anything that can help deal with pressure, being injured, losing cup finals and give you that marginal advantage can only be a good thing.

Having worked hard to get this one done, it was great to get a chance to pick Brian’s brain on just how close United were to losing patience with Alex Ferguson. In addition, as an advocate for sports psychology and its benefits, it was interesting to speak to someone who has played sport at a time where such mental techniques weren’t labeled. There is no doubt that mental strength and inner drive has always been an aspect of sport, but perhaps the most suitable sports psychologists are the people who have lived and played the game. The people who know what its like to suffer a career-ending injury and a loss of form. In modern society, there is more of an emphasis on the textbook side of it. It was great to listen to Brian’s stories of his time at United. A great player; and a sound man.